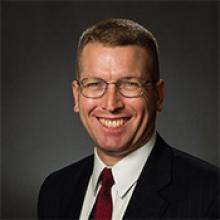 Since joining Alliance Defending Freedom in 2006, Barham has focused his legal efforts on preserving and reclaiming religious freedom and freedom of speech for students and faculty at universities throughout the country. His work has been instrumental in securing several strategic appellate court victories. For example, in Adams v. Trustees of the University of North Carolina-Wilmington, the U.S. Court of Appeals for the 4th Circuit ruled that public universities cannot discriminate or retaliate against Christian and conservative professors in promotion decisions. In Badger Catholic v. Walsh, the 7th Circuit ensured that public universities must grant religious student organizations equal access when distributing student activity fee funding. And in DeJohn v. Temple University, the 3rd Circuit eliminated an unconstitutional speech code that restricted Christian and conservative students from speaking freely on campus.