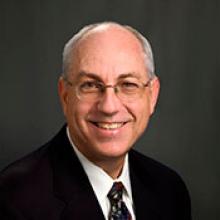 Mark Maddoux is the former president, CEO, and co-founder of the USA Radio Network, vice president and chief financial officer for International Christian Media, and former head of research and development for Gelato of Texas.

Currently, Maddoux is serving as a missionary with Serve, a mission's outreach of Denton Bible Church in Denton, TX. Based in Denton, TX he serves missionaries around the world through the BTCP program, which is a program that extends non-formal theological training to the world's untrained pastors and church leaders. He also travels to parts of South America to teach parts of the program and coordinate the activities of other teachers and leaders.

His service to other boards, non-profit organizations, and the local community include the USA Radio Network, Boy Scouts of America, and Point of View (advisor). He is also the recipient of nine Katie awards and the National Religious Broadcasters Media Award for "Best Radio News Format."

He is a graduate of Texas A&M, where he earned a B.S. in food science and technology.