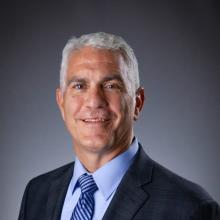 Gregg Walters serves as senior counsel for the Center for Academic Freedom with Alliance Defending Freedom, where he defends the First Amendment freedoms of college students and student organizations on university campuses.

Before joining ADF in 2020, Walters served as an Assistant United States Attorney in the United States Attorney’s Office for the Central District of Illinois. During his eighteen years with the Department of Justice, Walters prosecuted a wide variety of federal criminal cases, including child exploitation, fraud, and violent crime matters. In his last five years as a federal prosecutor, he served as appellate chief, personally briefing and arguing over 60 appeals in the United States Court of Appeals for the Seventh Circuit.

Before his time with the Department of Justice, Walters clerked for the Honorable Michael M. Mihm, United States District Judge, and was in private practice.

Walters is a member of the state bars of Arizona and Illinois and is admitted to practice in multiple federal district and appellate courts, including the U.S. Supreme Court.