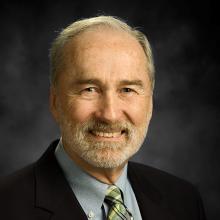 Chapman Cox is chairman emeritus of the governing board of Alliance Defending Freedom.  He brings to his board service leadership experience and trustworthy stewardship in the legal profession, public service, and corporate management.

Upon returning from Vietnam, Mr. Cox entered the private practice of law in California and Colorado.  He was the managing partner of Sherman & Howard (a multi-state law firm), an adjunct professor at the University of Colorado Law School, and a member of the board of governors of the Colorado Bar Association.  He is a fellow of the American College of Trust and Estate Counsel and a former member of the American Bar Association Standing Committee on Law and National Security.

Throughout his career, Mr. Cox has contributed a significant portion of his time to community service.  He served as president of the Ladies Relief Society of Denver, as chairman of the Colorado Commission on Space Science and Industry, and as a loaned executive to United Way International.  He is a former board member of United Service Organizations, Inc., Colorado Springs Symphony Orchestra, Presbyterian Church (USA) Foundation, The Fund for American Studies, Freedoms Foundation, New Covenant Trust Company, Presbyterian Lay Committee, Manhattan Initiative, and Army Navy Club of Washington, DC. He is currently an independent trustee of several private trusts.

From young adulthood, Mr. Cox has been committed to his faith in Jesus Christ as the incarnation of God’s Word.  He is an ordained elder in the Presbyterian Church and has served a wide range of local, regional and national activities, both within the denomination and in other faith-based organizations.