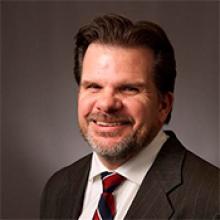 Since joining ADF in 2000, Harvey has coordinated the efforts of volunteer attorneys who receive training through the Alliance Defending Freedom Legal Academy. In 2002, his role expanded to direct the grant program. To date, Harvey and his team have awarded approximately $51 million in grant funds to thousands of legal projects and cases, many of which have set national and multinational precedents.

Harvey leads the Allied Legal Affairs team, which is dedicated to creating opportunities for attorneys aligned with the ADF mission to actively engage in the protection and promotion of religious liberty. Harvey and his team focus on recruitment, professional engagement, and integration of allies into ADF’s advocacy efforts, including coordinating amicus efforts at state supreme courts, circuit courts, and the U.S. Supreme Court.

Harvey has also litigated in a variety of state and federal courts, focusing on the protection of life and religious freedom. Most notably, he successfully spearheaded a national litigation strategy culminating in Town of Greece v. Galloway, in which the U.S. Supreme Court upheld the freedom of Americans to pray at public meetings.

Harvey earned his J.D. in 1995 from the Walter F. George School of Law at Mercer University in Georgia. He is admitted to the bar in the states of Georgia, Florida, Colorado, and Arizona. He has also been admitted to practice before the U.S. District Court in Colorado, the U.S. Courts of Appeals for the 4th, 6th, 9th, 10th, and 11th Circuits, and the U.S. Supreme Court.