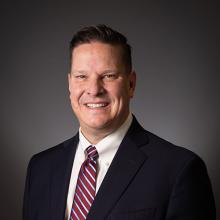 Prior to ADF, he operated a business and commercial law practice in Texas.  Pruitt also served as President, General Counsel and Board member for CalTex, a national manufacturer in the automotive aftermarket sector. Before CalTex, he was Senior Counsel for Gulf States Toyota, Inc., an independent distributor of Toyota vehicles. Pruitt began his legal career as a civil litigator in Houston, where he was a shareholder of a litigation firm.

Pruitt graduated from Baylor University with a Bachelor of Business Administration in Management and Marketing and earned his Juris Doctor from South Texas College of Law Houston, where he was a member of two national championship moot court teams.

Pruitt is a member of the State Bar of Texas and is admitted to practice in all federal courts in Texas. He is also commissioned as a Colson Fellow.