Justice Samuel Alito recently spoke about unprecedented threats to the safety of the Supreme Court justices in the wake of the leaked opinion in Dobbs v. Jackson Women’s Health Organization. He noted that the leaked decision left justices vulnerable as “targets for assassination because it gave people a rational reason to think they could prevent that from happening by killing one of us.”

Justice Alito was not talking in hypotheticals. Early last summer, after the opinion was leaked, but before the Supreme Court issued its final decision in Dobbs, there was an assassination attempt on Justice Kavanaugh. A cab dropped Nicholas Roske off at the justice’s home at one in the morning. The justice and his family were home, presumably sleeping inside. According to the FBI, Roske was armed with a tactical knife, a Glock 17 pistol, ammunition, pepper spray, and zip ties. He was also carrying a crowbar, hammer, screwdriver, and duct tape. Roske told police that he had decided to break into Justice Kavanaugh’s home and wanted to “kill the Supreme Court justice” in order “to give his life purpose.” He professed to being upset about the leaked opinion in Dobbs.

Even in the wake of the assassination attempt, pro-abortion groups continued to urge supporters to harass the justices and protest at their homes—even illegal protests. Following Roske’s arrest at Justice Kavanaugh’s home, the pro-abortion group known as Ruth Sent Us—the group that infamously published the home addresses of the six conservative justices, including Justice Kavanaugh’s—posted insincere Twitter condolences:

“We offer our thoughts & prayers to Brett & Ashley Kavanaugh after a California man arrived by taxi near their home, armed with a gun & knife,” the group tweeted. That’s all?

Incredibly, Ruth Sent Us protested at Justice Kavanaugh’s home the night after Roske was arrested for attempted murder. That was just wrong. As Democratic Sen. Richard Durbin said, “I think it’s reprehensible. Stay away from the homes and families of elected officials and members of the court.” If Sen. Durbin can see that truth, why does the left not get the message?

The protests at the jurists’ homes were also unlawful. A federal statute prohibits picketing near a justice’s residence with the intent of interfering with or influencing a case. As even pro-abortion scholars note, because the Dobbs case had yet to be issued, the intent to influence that case was clear. The statute clearly applied to the protests outside the justices’ homes and should have been enforced by the U.S. Department of Justice.

As Jonathan Turley points out, the threat against Justice Kavanaugh and his family is horrific and shocking but was not altogether surprising given the talking points of some pro-abortion advocates. After the draft opinion leaked, the Supreme Court barricaded itself behind an unscalable fence to protect its members from death threats. Some of the Justices’ homes have been treated to protests at all hours of the day and night, the presence of young children at some of those homes proving no deterrent to pro-abortion radicals.

Some commentators on the left even suggested that harassing the justices was fair play. Joy Behar of the View noted that Justice Alito could not “leave his house easily” concluding that “maybe that’s a good lesson.” U.S. Sen. Jeanne Shaheen went so far as to warn the Supreme Court that it must change course from the draft opinion and reaffirm Roe or face a “revolution.”

“I want to tell you, Gorsuch. I want to tell you, Kavanaugh. You have released the whirlwind, and you will pay the price,” the Democratic majority leader shouted. Further: “You will not know what hit you if you go forward with these awful decisions.”

The justices are not alone in facing violence and harassment since the draft opinion in Dobbs leaked. Approximately 70 pregnancy care centers have been attacked since the leak and the decision. (Some of those centers are current or past clients of ADF, the nonprofit law firm where I work.) The reason pregnancy centers are targeted? Because they save lives. In 2019, pregnancy care centers served two million people, and since 2016, they have saved an estimated 828,131 lives. Studies show that many women who get abortions would choose to give birth if economic circumstances were different. Pregnancy care centers step in this gap and provide women with real choice.

As Justice Alito said last week, the leaked opinion was a “grave betrayal of trust” that profoundly damaged the Supreme Court. The ensuing attacks on pregnancy care centers and the threats against the lives of the justices showed us just how far pro-abortion extremists were willing to go to save Roe. Regardless of one’s views on abortion, we should all be able to agree that violence and threats are never appropriate. 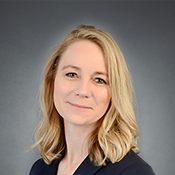