Professor pressured to refer to a male student as a woman

When Shawnee State University philosophy professor Dr. Nicholas Meriwether responded to a male student’s question with “yes, sir,” he didn’t think anything of it.

Dr. Meriwether has long referred to his students as “sir” or “ma’am” or by a title such as “Mr.” or “Miss” followed by their last name. He does this to create an atmosphere of seriousness and mutual respect in the classroom.

But this time was different. This time that male student approached Dr. Meriwether after class, informed him that he identified as transgender, and demanded that Dr. Meriwether refer to him as a woman, with feminine titles and pronouns. When Dr. Meriwether did not agree, the student became aggressive, circling around him, getting in his face in a threatening fashion, while telling him, “Then I guess this means I can call you a c**t.”

Before walking away, the student promised to get Dr. Meriwether fired if he did not agree to the student’s demands. 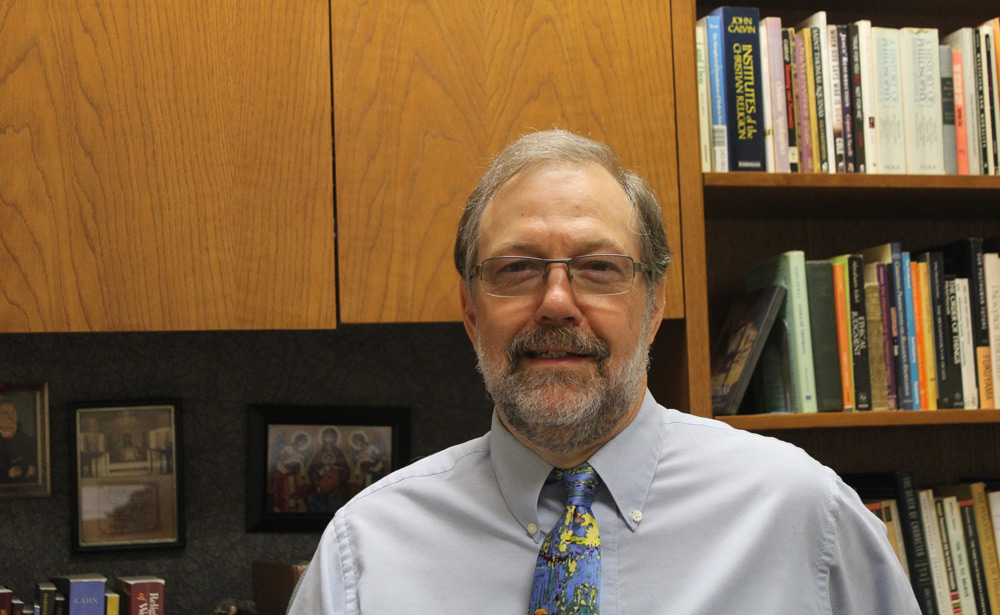 Dr. Nicholas Meriwether, who teaches at Shawnee State University in Ohio, was formally charged by his university for creating “a hostile environment.” He incurred the ire of university officials simply because he declined to refer to a biologically male student as a woman.

Standing up for religious freedom on campus

No one should be forced to speak a message they disagree with. But apparently Shawnee State University isn’t a fan of free speech. So, who is it exactly that is causing a “hostile environment” on campus? And if universities are now telling professors which pronouns to use, where does it stop?

“Public universities have no business compelling people to express ideological beliefs that they don’t hold,” said ADF Senior Counsel Tyson Langhofer, director of the ADF Center for Academic Freedom. “This isn’t just about a pronoun; this is about endorsing an ideology. The university favors certain beliefs, and it wants to force Dr. Meriwether to cry uncle and endorse them as well. That’s neither legal nor constitutional, and neither was the process the university has used to get to this point. We are asking the court to order the university to respect Dr. Meriwether’s freedoms.”

You can give to provide Dr. Meriwether and others like him the strong defense they need.

Your gift defends freedom from political agendas on campus!

If Shawnee State University succeeds in suppressing Dr. Meriwether’s freedom, no one on campus is safe. Compromise will no longer be an option – everyone must conform to the school’s ideological agenda or be punished.  Some generous friends of ADF have pooled their resources and offered a $900,000 challenge grant. They hope to inspire you to help defend freedom on public university campuses today.

Will you support ADF as it stands with Dr. Meriwether?

ADF regularly gets calls from public university students and professors who are threatened with punishment by school officials—simply because of their beliefs. We can’t sit back and watch this happen. We never want to be in the position of turning down a deserving client due to lack of funds.

Today, YOU can give to defend Dr. Meriwether and others like him who are seeking to live by their deeply held beliefs.

DONATE NOW
Your gift will further the impact of the challenge grant!