Brian Tingley is a licensed counselor who has been practicing in Washington state for more than 20 years. During that time, he has helped adults, couples, teenagers, and children identify and achieve the goals that they set for themselves, consistent with their own moral values and religious beliefs. Under Brian’s guidance, his clients have pursued meaningful and positive changes in their lives.

But now, Brian’s practice is in jeopardy. In 2018, Washington passed a law that allows government officials to censor private conversations between counselors and their clients. The law prohibits any conversation between individuals and their chosen counselor that seeks to help the client achieve comfort with his or her biological sex, or reduce unwanted same-sex attractions. This includes clients who desire this counseling to help them bring their hearts, minds and conduct in line with the teachings of their faith.

If Brian has such discussions with his clients, he faces fines of up to $5,000 per violation, suspension from practice, and even losing his license and livelihood.

But the government doesn’t belong in a counselor’s office. And this law is a clear violation of both freedom of speech and religious freedom, in a very private setting. In fact, just last year the United States Court of Appeals for the 11th Circuit ruled that an almost identical law is unconstitutional. 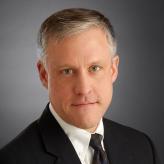 Roger G. Brooks
Senior Counsel
Roger G. Brooks serves as senior counsel with Alliance Defending Freedom, where he is a key member of the Center for Conscience Initiatives.
View Profile