The government seized their children

[CASE UPDATE: July 4, 2019]: The Grand Chamber (High Court) of the European Court of Human Rights has unanimously decided to decline hearing the appeal of the Wunderlich case. While this news is certainly disappointing, ADF International attorneys are still hard at work, fighting for parental rights in Europe and beyond.

Dirk and Petra Wunderlich had just settled their children in for the first homeschool lesson of the year. Suddenly, with no warning, the full force of the German government showed up to take their children away.

33 police officers and seven social workers surrounded the house—threatening to force open the door with a battering ram.

The four children, ages seven to 14, cried in terror as uniformed police swarmed into the house. One policeman shoved Dirk into a chair, ignoring his protests. Then government social workers swept in, grabbing the youngsters and carrying them out of the room with the help of the police. 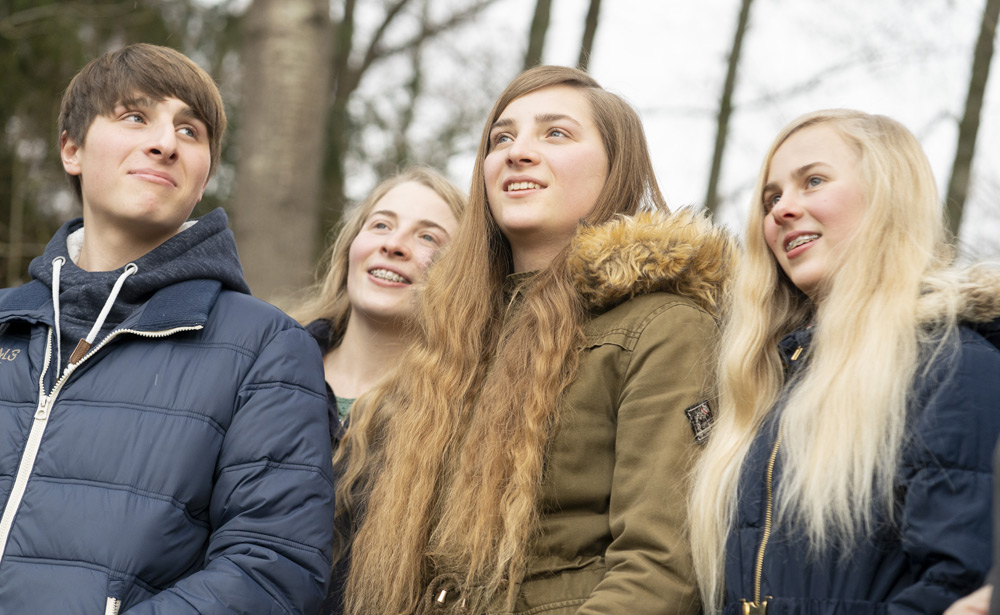 All four of the Wunderlich children were seized by police and taken from their parents simply because they were being homeschooled.

Petra tried to speak words of calm and comfort to her terrified children, but she couldn’t stop her own tears. She tried to kiss her children goodbye, but a policeman yanked her aside.

“Too late now!” the officer snapped. And in a moment, the police—and the children—were gone.

In that moment, the Wunderlich family learned the hard truth about what few parental rights remain for people of faith in Germany. 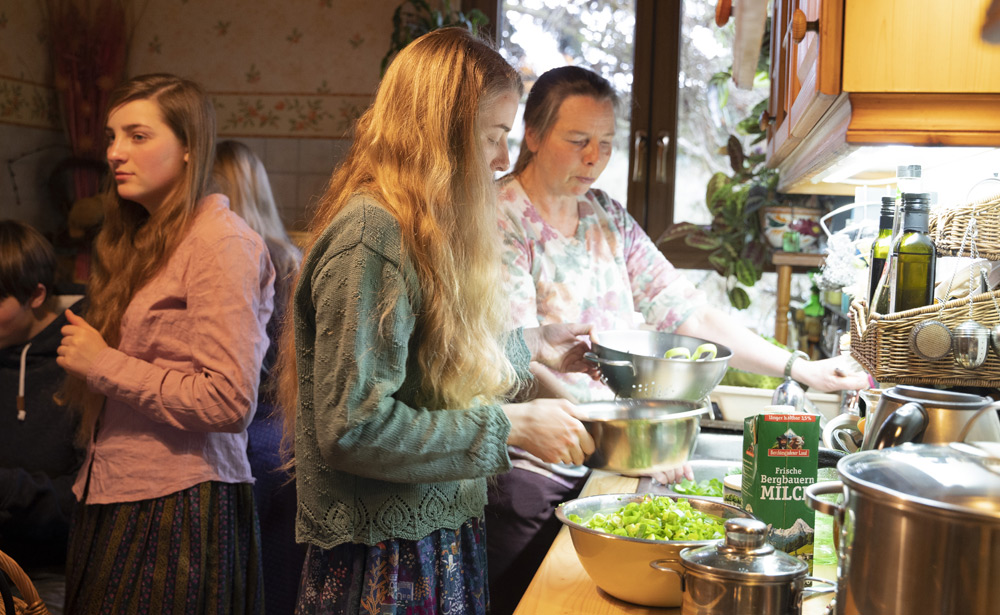 When the German government took the Wunderlichs’ children from their parents by force, police refused to even allow their mother to kiss them goodbye.

Children belong to their parents—not the state

It took three weeks for Dirk and Petra to get their children back.

And even then, the Wunderlichs were only given partial custody as long as their children attended public school. The German government also seized the Wunderlich family’s passports to prevent them from moving out of the country!

Clearly, the German government is determined to have the final say over who trains up the minds of the Wunderlichs’ children.

So Germany continues to maintain prohibitions on families—like the Wunderlichs—who desire to homeschool their children.

The result is nothing short of disaster.

Instead of allowing loving parents like Dirk and Petra to do what they believe is best for the development of their children, and to pass along their faith and values, the government is questioning whether they are fit to keep the custody of their children.

It’s horrifying to think of something like that happening to your own family, isn’t it? To have government officials violate your fundamental rights as a parent, break into your home, and seize your children?

And that’s why, with the help of ADF International, the Wunderlichs have spent the last six years fighting this gross violation of their human rights.

A generous Christian family has given a $600,000 challenge grant to defend religious freedom and parental rights for people like the Wunderlich family. Will you rise to the challenge and join them today? 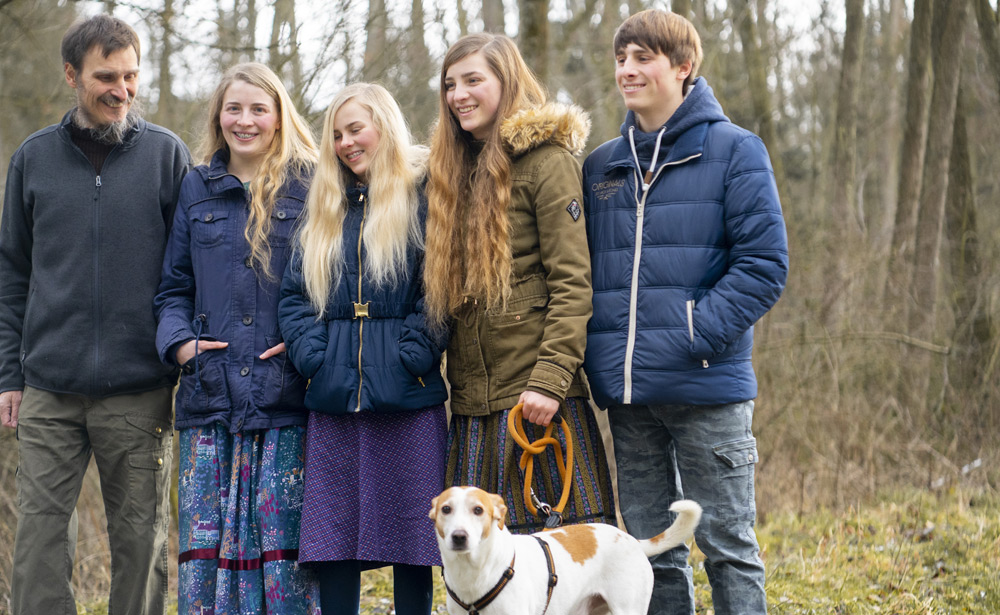 A warning for us all

The Wunderlich family simply wants to do what millions of families in America do every day: educate their children at home. To raise them in the way that they think will best benefit their children.

But court after court has rejected this fundamental freedom for Dirk and Petra. A devastating decision came in January when the European Court of Human Rights sided with Germany. The Court ruled that Germany’s actions did not violate the Wunderlich family’s rights under international law.

With the help of ADF International, the family appealed this decision to the Grand Chamber – the highest level of the European Court of Human Rights. But in a shocking move, the Court declined to review their case and bring justice to this family.

What part of home invasions, terrorizing and separating a family, and forcing children into government-run education programs sounds like freedom to you?

And all because it was important, German officials say, for the Wunderlich children “to learn to deal with those who think differently.”

In Western countries—including America—we’re seeing more and more efforts to increase government control over the family and promote ideological conformity.

It’s no wonder the number of families choosing to homeschool continues to grow.

And yet, every year, legislators introduce bills that threaten to restrict the ability of parents to choose what is best for their children’s education. And this is only the beginning. The Wunderlich family’s story is a warning for us all. This is what happens when freedom is not protected.

But it’s more than a story. This is the sad and scary reality facing many of your brothers and sisters in Christ across the globe.

Opponents of religious freedom worldwide are going to extreme lengths to restrict ability of those who dare to live and work consistently with their faith.

Your gift today allows ADF International to provide a strong defense worldwide for Christians—like the Wunderlichs—who are punished for their faith.

The Wunderlich family deserves justice. Your gift today will help defend the religious freedom of your brothers and sisters around the world.

God calls believers in Christ to be of one mind—reaching the ends of the earth with the good news of the Gospel.

We can’t abandon our brothers and sisters in Christ who are suffering for their faith. They need our prayers. But they also need a strong legal defense and people who will fight for their religious freedom when it is threatened.

That’s what ADF International was founded to do.

Only let your manner of life be worthy of the gospel of Christ, so that whether I come and see you or am absent, I may hear of you that you are standing firm in one spirit, with one mind striving side by side for the faith of the gospel.

We will continue to fight to secure justice for others like the Wunderlich family. But we can’t do it alone. It is our prayer that God will move in the hearts of thousands of people like you to see what is at stake and stand with your brave brothers and sisters who are fighting for religious freedom around the world.

Already God is using your prayers to make these legal battles possible. And He can use any gift you give today to further advance this Kingdom work to protect religious freedom worldwide for people like the Wunderlich family.