Students Don't Have to Leave Their Faith at Home 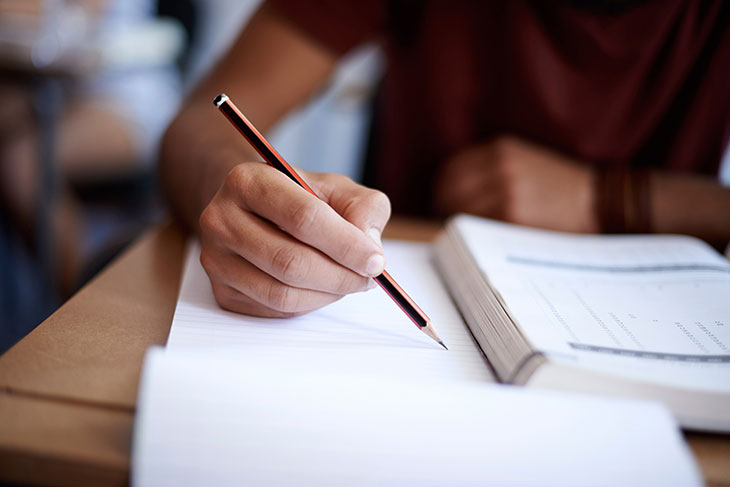 Students have the right to freely live out their faith at school. This information will arm you with the knowledge you need.

Students have the right to express their faith through what they wear, such as a pro-life t-shirt or a cross. Schools can place some restrictions on what students can wear, but they can't single out religious clothing.

Given the central role that religion plays in many students’ lives, it is natural that they would desire to express their religious viewpoints in class discussions and class assignments.

Many schools have told students that they cannot pray around the flagpole before school or say a blessing over their food in the cafeteria. But the First Amendment protects all forms of religious expression, including prayer at school.

Students honored to speak at their graduation are encouraged to reflect on their time in school and acknowledge those who have impacted their life. Many Christian students properly want to acknowledge God’s impact in these speeches or even offer a short prayer. When a school follows the guidelines set out below, courts have found that the First Amendment protects the right of religious students to express their faith at such events.

The U.S. Supreme Court has long recognized that the First Amendment protects not only the spoken word but also the distribution of literature, pamphlets, and other written materials. These materials provide an effective and non-intrusive way for Christian students to share their faith or pro-life beliefs with their classmates.

As a service to the community, many schools allow community organizations to distribute informational materials to students and parents regarding the services and activities they provide and to use school facilities for their meetings and activities. Religious groups and churches have a First Amendment right to use these same methods to communicate their message to the public.

For answers to questions about graduation prayer, prayer in school, and anti-bullying policies, download these resources.

For answers to frequently asked questions about religious freedom in public education, read our FAQs.