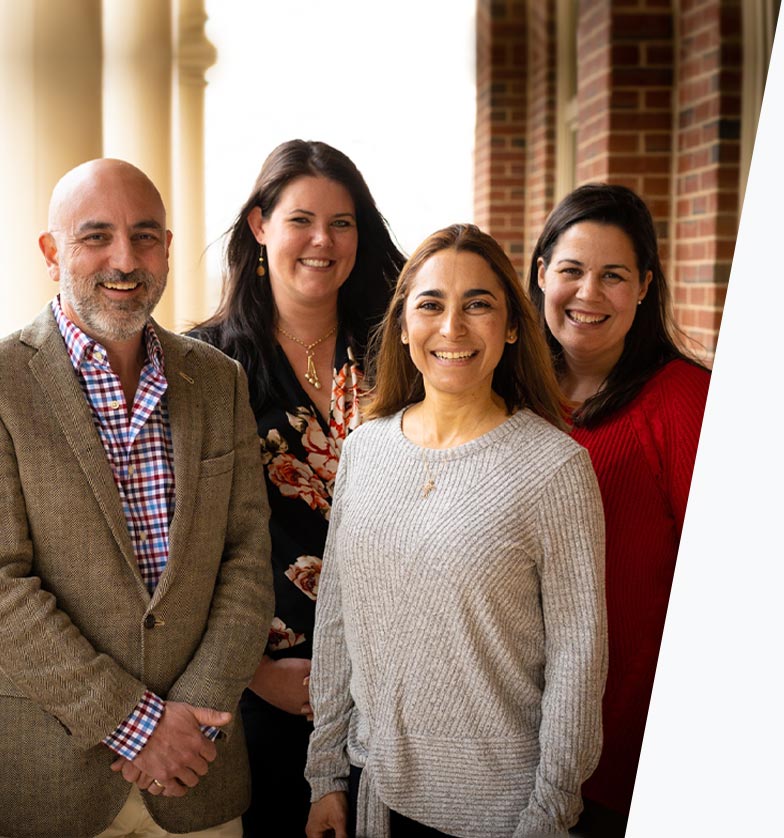 Why do we need the Promise to America’s Parents?

Local, state, and federal government policies are imposing ideologies that divide children by race and promote the falsehood that a boy can become a girl or vice-versa. Some schools are treating children as if they are the opposite sex without the permission of parents. Medical professionals are performing harmful experiments on children who are emotionally distressed about their bodies. To protect children, parents need laws that protect their rights. 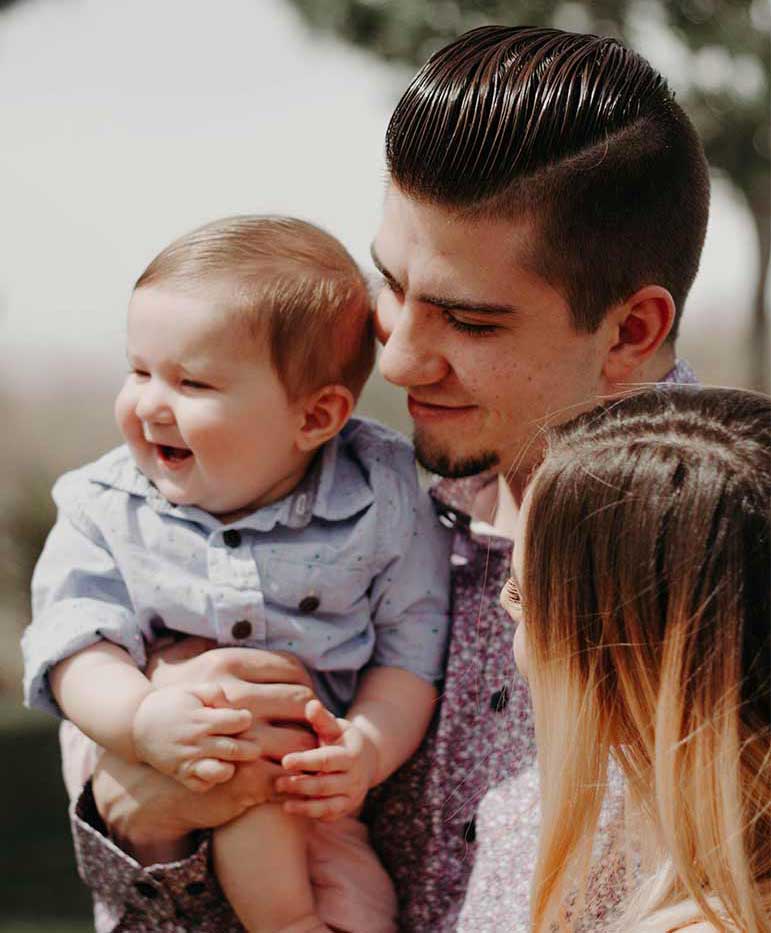 Children belong first and foremost to their families. In the words of the U.S. Supreme Court, they are not “mere creatures of the state.” The unique and intimate relationship between a parent and a child creates a duty and a corresponding natural right. Parental rights are fundamental rights protected by the U.S. Constitution. However, courts have not consistently protected parental rights against government interference and invasion as they should. Parents need laws that provide government Accountability, Choice, and Transparency (ACT):

Every mother or father may hold the government accountable for infringing on their rights to care for their child.

Every mother or father has the responsibility and right to choose the education and medical treatment that they deem best for their child.

Every mother or father has the right to know about what their child is learning, their child’s health, and any harms to them.

Melissa Riley’s middle school son was just like any other normal, well-adjusted, happy child. He got along well with friends and classmates, and was taught to treat others equally, regardless of immutable characteristics like race.

He was fine, that is, until the Albemarle School Board injected Critical Race Theory (CRT) into practice in the classroom. The instruction indoctrinates children into a distorted worldview and caused him to see everything through a lens of race.

Melissa began noticing differences in her son, who is multi-racial. He started to see himself as part of a subgroup of “oppressed” students that stood apart from and in opposition to other students—oppressors. When new students came to the school who were black, her son pointed out that he was happy that there would be more classmates “like him,” since he had begun to view himself as “different” than white students.

This is precisely the poisonous thinking that CRT fosters when American schools put it into practice. It teaches that all systems and institutions are fundamentally racist and must be overthrown.

Melissa doesn’t believe that students are “oppressors” or “oppressed” simply because of their skin color. She taught her son about the evils of slavery and racial discrimination. She also wants him to understand that America is a land of opportunity, a place where people can succeed on the merits of their ideas and hard work regardless of the color of their skin.

She also taught her son that racism cannot be defeated by more racism. But that’s exactly what CRT teaches, and what her son was taught in school.

After she expressed concerns about how discussions about racial differences would single out her son, a teacher told her that he would be provided a “safe space” with other students of color if he didn’t want to participate. She pointed out to school officials that what they were “offering” was simply segregation. They told her that the policy was “necessary” and although there might be “bumps in the road,” the race-based policy would continue to be implemented.

Melissa knew she had to protect her son and exercise her rights as his mother. With the help of Alliance Defending Freedom, she (and other families) filed suit against the school district. They argue that by compelling students to affirm concepts and ideas that violate their religious and moral beliefs, the schools have trampled on their constitutional rights.

Students have a right to learn about the full and accurate history of their nation, without being subjected to a radical ideology that diminishes their sense of agency, undermines their sense of identity, and pits groups of children against each other. Schools must not indoctrinate students with instruction that flagrantly contradicts and undermines the values and beliefs of parents. 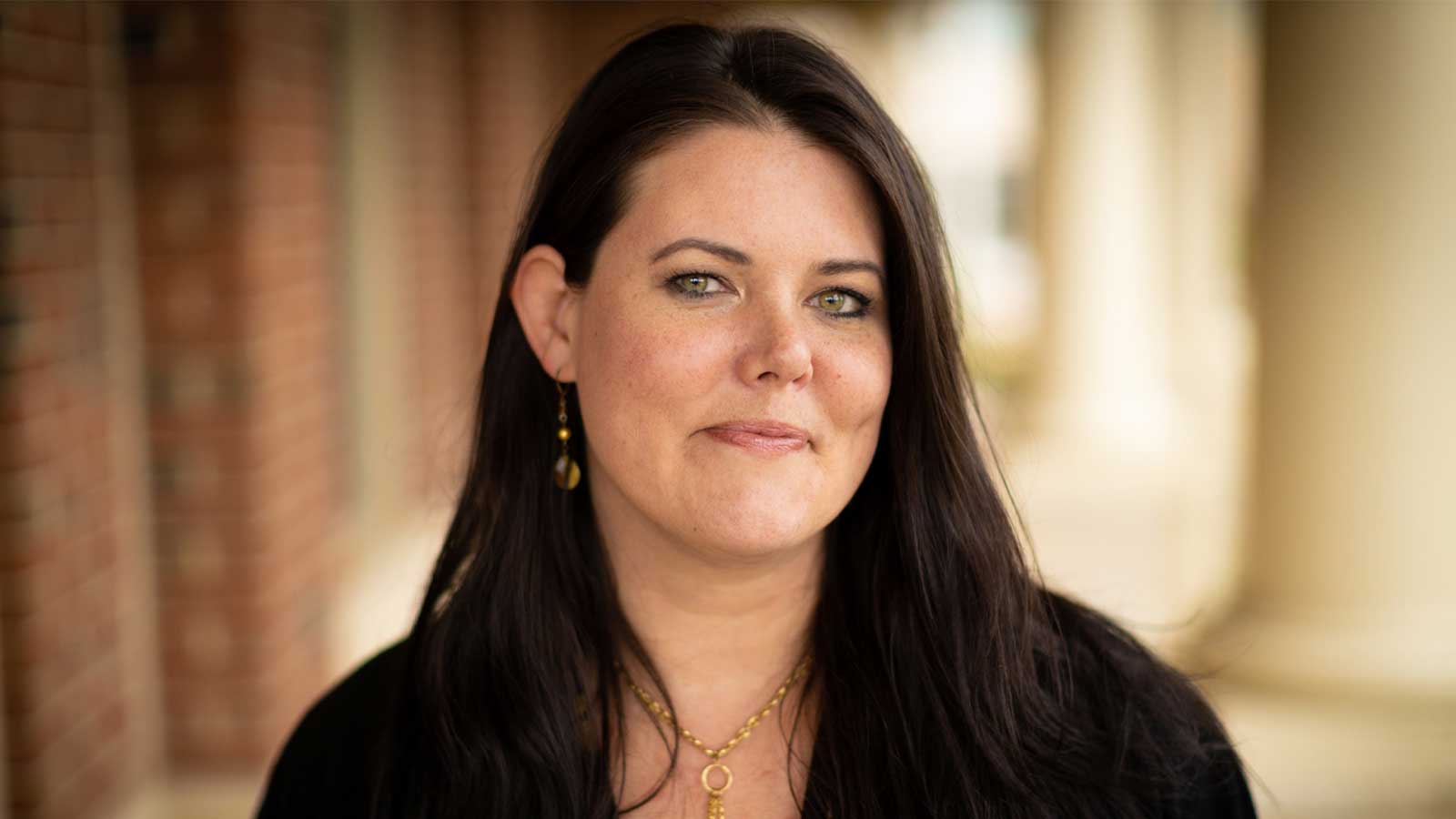 Carlos Ibanez and his wife grew up under a brutal dictatorship in Panama, and when they came to America more than 20 years ago, they felt blessed to live in a country that provided equal opportunity to all citizens, regardless of race or economic status.

However, their daughter was shown a video in her Albemarle County (Virginia) middle school class that depicted America as a place where only white people could succeed, and people like their Latina daughter could not.

As successful doctors themselves, Carlos and his wife were shocked that the school would seek to instill a sense of hopelessness, inferiority, and grievance in their child. But when they expressed their concerns, they were met with indifference and labeled as racists for objecting to a curriculum that taught children that there was a hierarchy of ethnicity.

The school was plainly indoctrinating children to see themselves—and others—primarily through the lens of race. When the Albemarle School District put Critical Race Theory into practice, it told students to see each other as “dominant” or “subordinate,” not as individuals with equal value and dignity.

This destructive ideology attributes all racial inequalities to the existence of systemic racism. It treats the American Dream as available only to a select few rather than a pathway to success for all. Carlos had seen—in his own life—how many opportunities America had given him and his family. Rather than teaching objective facts about American history, Carlos saw that his daughter’s school was promoting politicized narratives that assert America is fundamentally racist and that our shared freedoms are actually tools of oppression.

Carlos and his wife could plainly see the effort by the school to compel their daughter to affirm radical concepts that violated their family’s moral and religious beliefs. School officials refused to acknowledge the truth that they were teaching a harmful ideology that argued for racism in the present as a cure for racism in the past.

When Carlos and his wife (and several other families) objected to the curriculum, they discovered that many in the community felt the same, but feared being labeled “racist” and kept quiet. Although he realized their family would likely face attacks, Carlos knew that standing up for his children and defending his right as a parent was more important.

Activists targeted Carlos’ medical practice with online attacks and a partisan news outlet revealed his identity to the public.

But Carlos was unmoved by efforts to intimidate and silence him. He knows that it’s wrong to treat people differently based on skin color. He knows that the poisonous “anti-racist” policy that the Albemarle County School District had implemented was contrary to his beliefs and damaging to his child’s identity. He knows that he has a duty to defend his children from ideologies designed to make them see other children as oppressors due to their skin color.

His case against the Albemarle County School District is ongoing—you can find out more here. 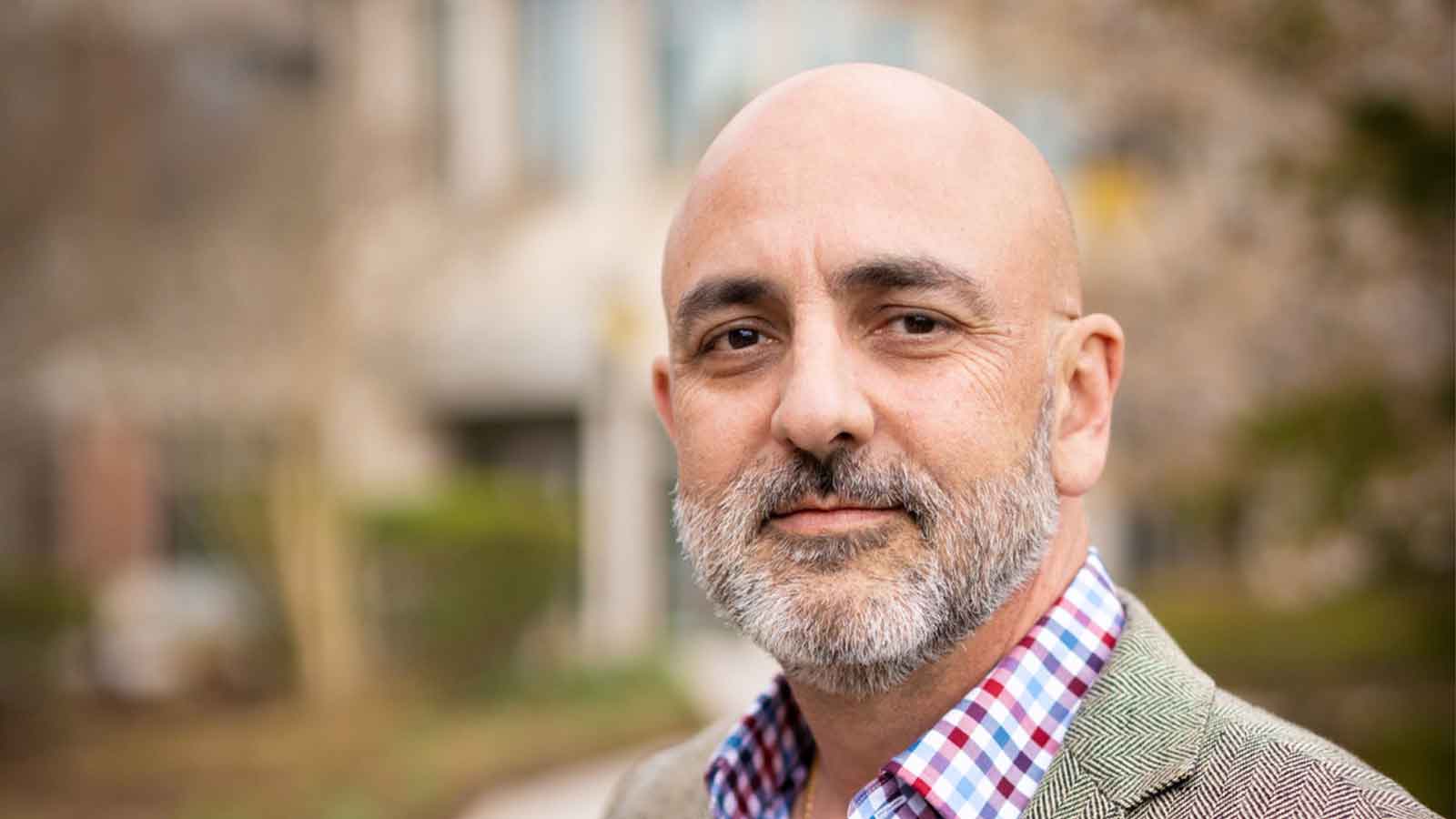 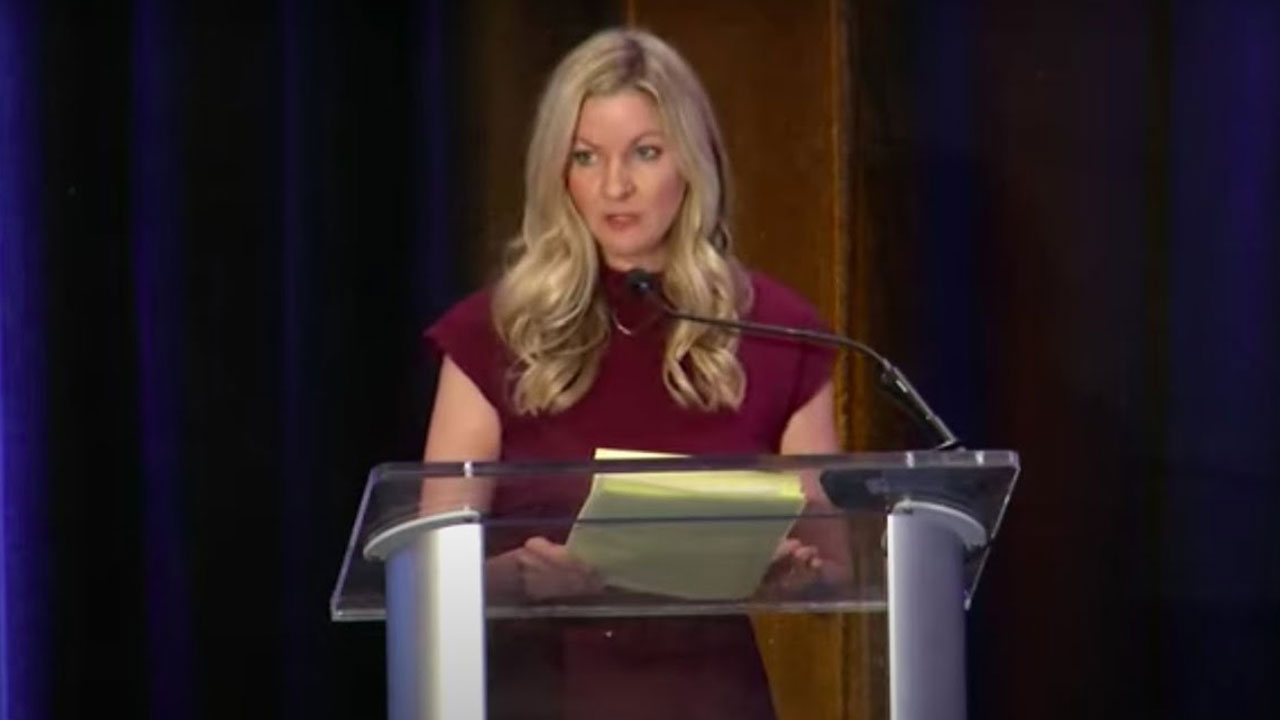 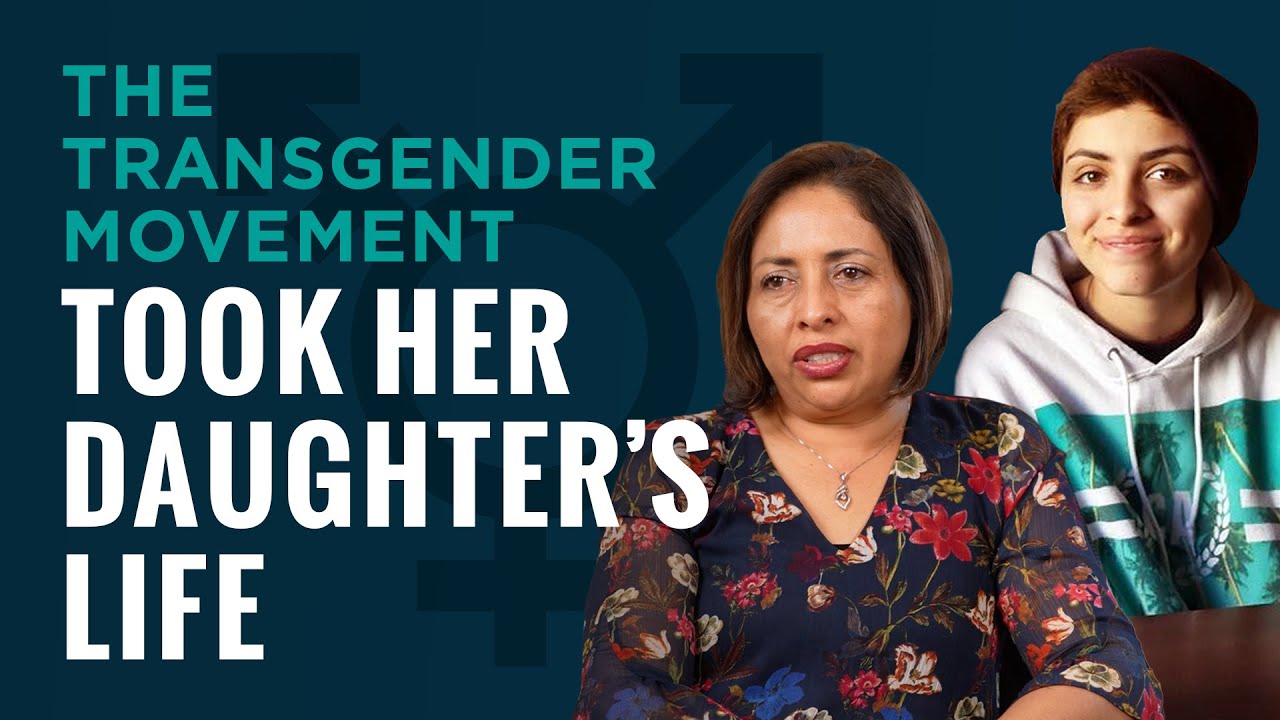 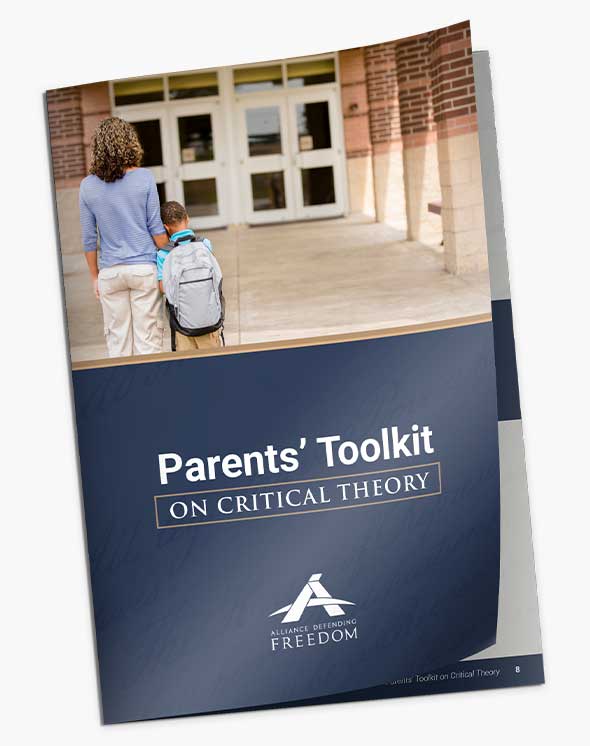 Get your free Parents’ Toolkit on Critical Theory!

Do you know what’s happening in your child or grandchild’s school?

The Constitution protects your God-given rights as a parent to raise your children with your values. But governments and radical school boards are trying to insert themselves and their harmful ideology between you and your child.

Family Policy Alliance’s vision is a nation where God is honored, religious freedom flourishes, families thrive, and life is cherished. Their mission is to advance biblical citizenship, equip and elect statesmen, promote policy, and serve an effective alliance, all committed to a common vision.

Every day, The Heritage Foundation is building an America where freedom, opportunity, prosperity, and civil society flourish.

Heritage’s mission is to formulate and promote public policies based on the principles of free enterprise, limited government, individual freedom, traditional American values, and a strong national defense. 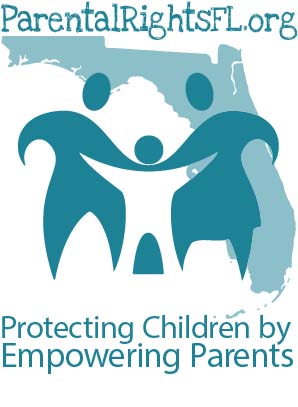 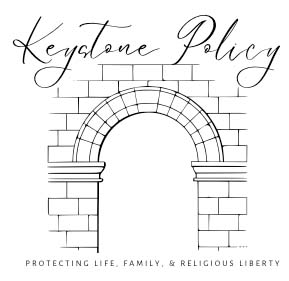 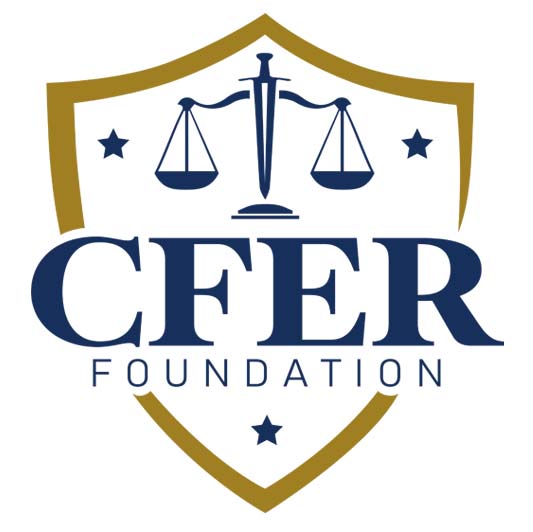 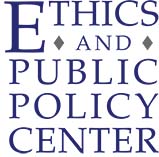 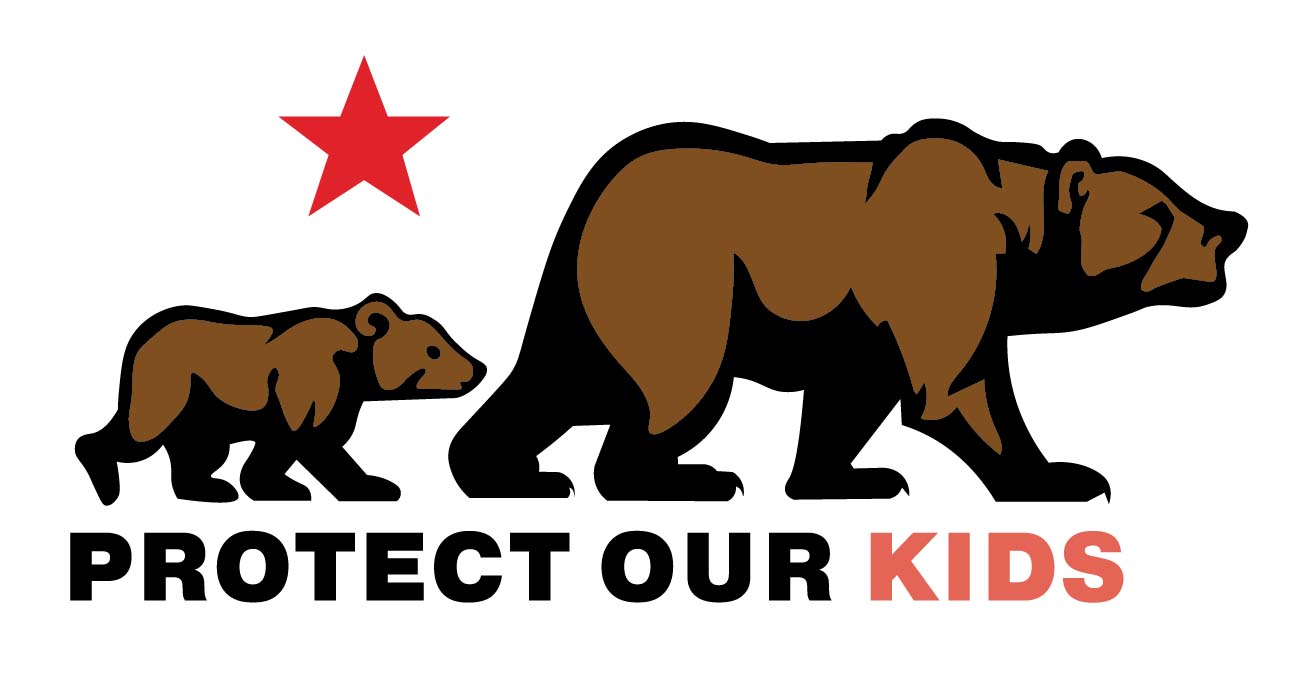 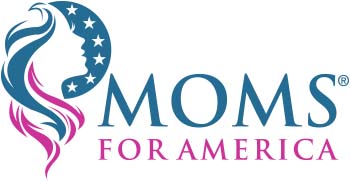 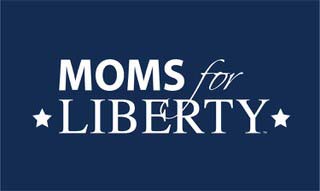 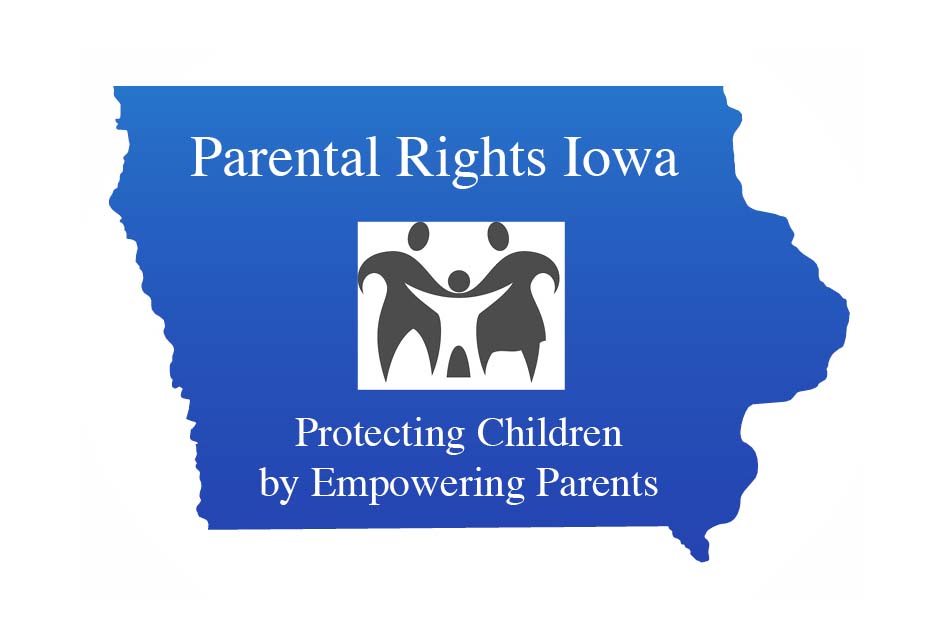 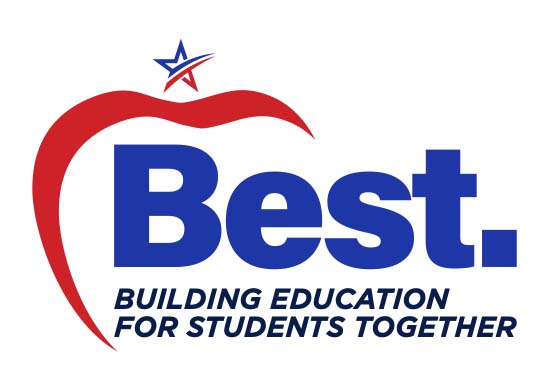 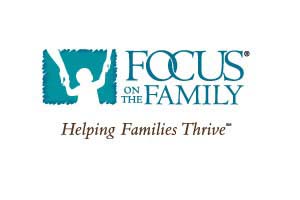 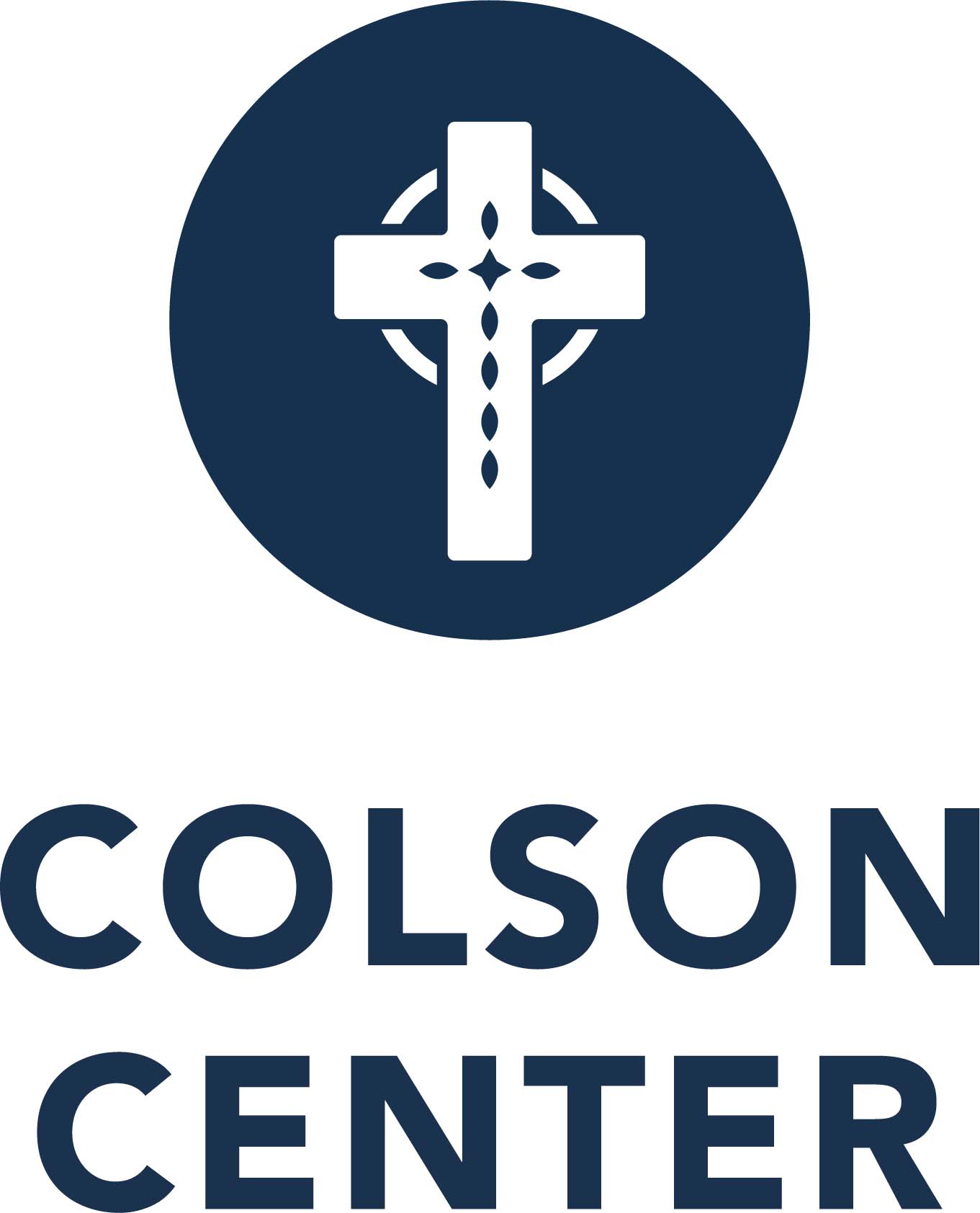 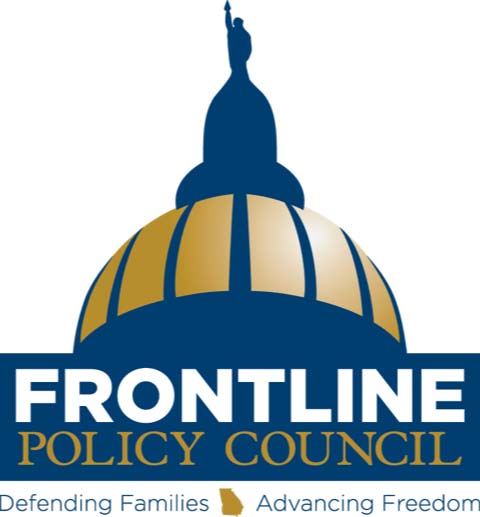 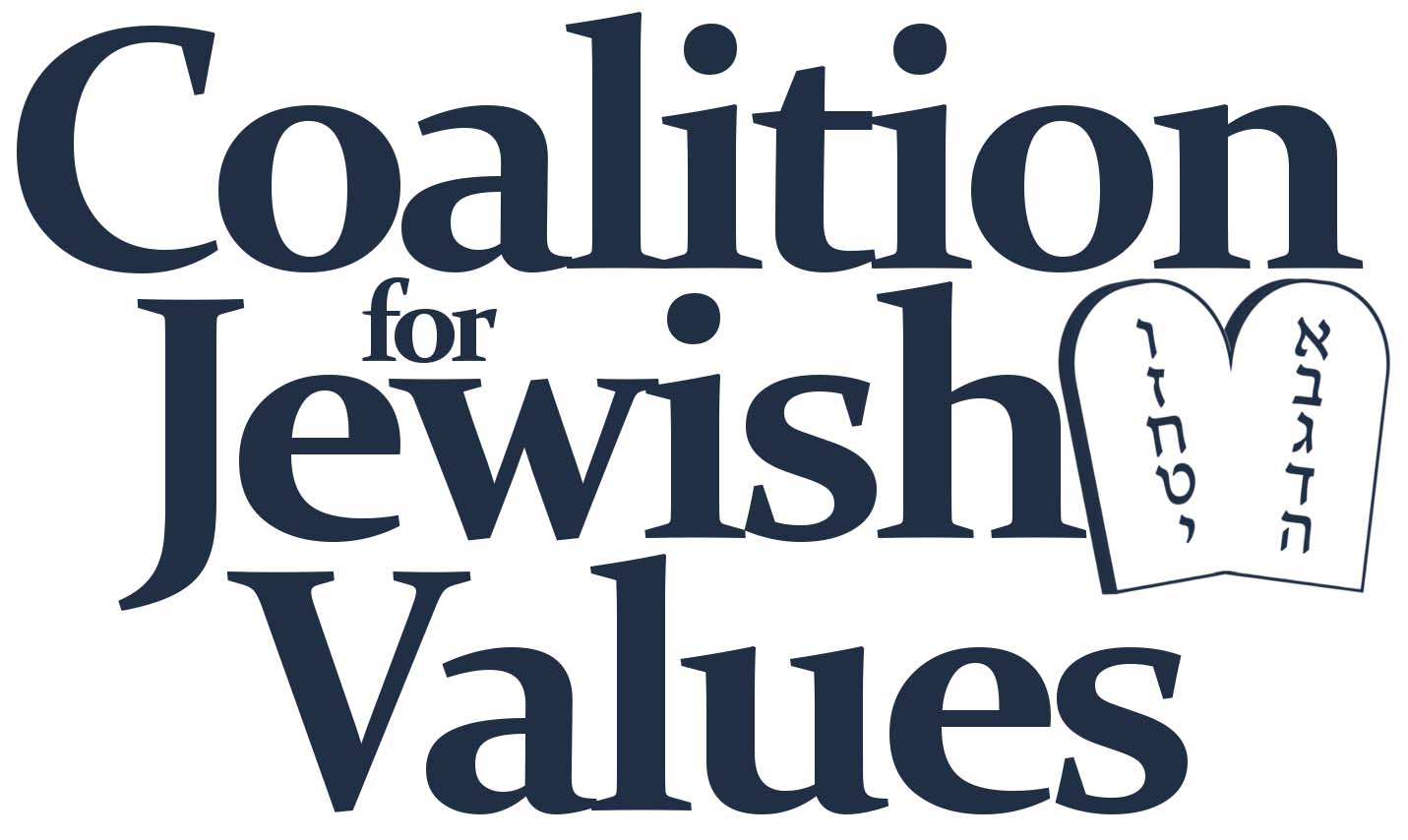 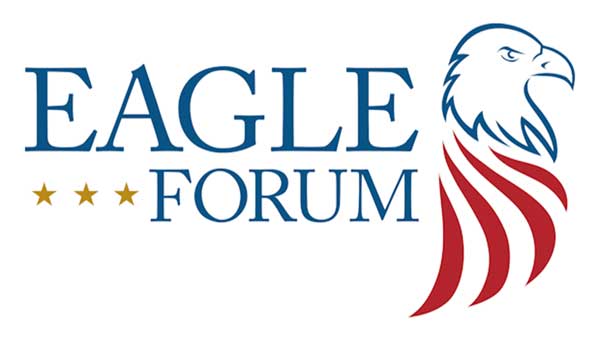 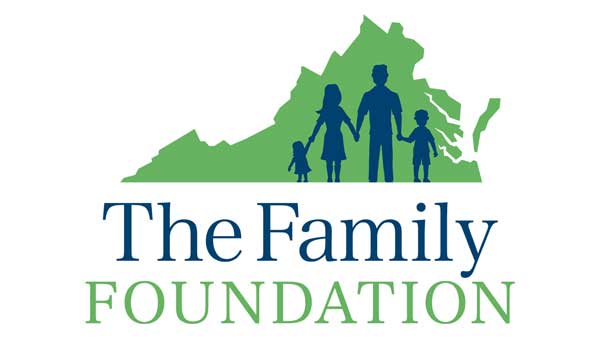 The Church and Gender Ideology

California Attacks Parents' Rights Under the Guise of Medical Care

California Thinks It Can Raise Your Kids Better Than You Can

No, President Biden, Children Don't Belong to the Government

Policies and Parents: A Time to Speak, Part I

Policies and Parents: A Time to Speak, Part II

Promise to America’s Parents: How Congress and the States Can Protect Parental Rights