Shawnee State University officials punished a philosophy professor, Dr. Nicholas Meriwether, because he declined a male student’s demand to be referred to as a woman with feminine titles and pronouns (“Miss,” “she,” etc.) Although Dr. Meriwether offered to use the student’s preferred first or last name instead. Initially, the University accepted that compromise, only to reverse course days later. Ultimately, it punished him by putting a written warning in his personnel file and threatened “further corrective actions” unless he spoke contrary to his own philosophical and Christian convictions.

In November 2018, ADF filed a lawsuit on Dr. Meriwether’s behalf. Initially, a federal judge dismissed the case, but we appealed the decision to the U.S. Court of Appeals for the 6th Circuit. In March 2021, the 6th Circuit ruled in our favor, upholding Dr. Meriwether’s First Amendment rights. The 6th Circuit explained that if “professors lacked free-speech protections when teaching, a university would wield alarming power to compel ideological conformity. A university president could require a pacifist to declare that war is just, a civil rights icon to condemn the Freedom Riders, a believer to deny the existence of God, or a Soviet émigré to address his students as ‘comrades.’ That cannot be.”

In April 2022, Dr. Meriwether’s case concluded with a favorable settlement, in which the university agreed to pay $400,000 in damages and attorney’s fees, rescind the written warning it issued in June 2018, and affirm his right to address students consistent with his beliefs. 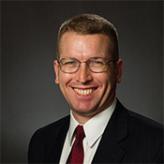 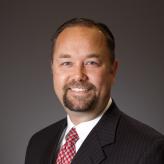