The ability of pro-life pregnancy centers to provide effective services in Austin, Texas

In April 2010, with lobbying from abortion advocates, the Austin City Council passed an ordinance to restrict the operations of pro-life pregnancy centers, which help women to choose birth but do not promote abortion. The ordinance required two signs, one in English and one in Spanish, to be displayed at the entrance to each center stating: “This center does not provide abortions or refer to abortion providers. This center does not provide or refer to providers of U.S. Food and Drug Administration approved birth control drugs and medical devices.’”

The replacement ordinance continues to violate the First Amendment rights of pregnancy centers in the City of Austin by coercing nonprofit pregnancy centers to speak the government’s message in a manner intended to discourage women from seeking help by pregnancy centers. “Pregnancy centers, which offer real help and hope to women, shouldn’t be punished by political allies of the abortion industry,” said ADF Legal Counsel Matt Bowman. “The city should recognize that using a sleight-of-hand to force pro-life centers to post the message the city wants does not solve the First Amendment problems with the law. Courts around the country have been striking these types of laws down.”

Thanks to the lawsuit, Austin’s ordinance was permanently enjoined from enforcement by the United States District Court in June 2014.

Alliance Defending Freedom has partnered with allies at Texas Center for Defense of Life and Jubilee Campaign-Law of Life Project to represent Austin LifeCare, Inc. free of charge. 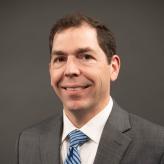