BREAKING NEWS: On October 31, 2019, the Kentucky Supreme Court ruled for Blaine Adamson. After a seven-year legal battle, the court ruled unanimously that the group who sued Blaine did not have a legal right to do so. Praise God for this victory! Please support us as we continue to defend religious freedom in similar cases.

Blaine Adamson never expected to get caught up in a legal battle over religious freedom. He’s just a regular guy. In fact, he’s probably a lot like you.

But his world was turned upside down when a Lexington commission threatened to take away his freedom.

This is how it happened … 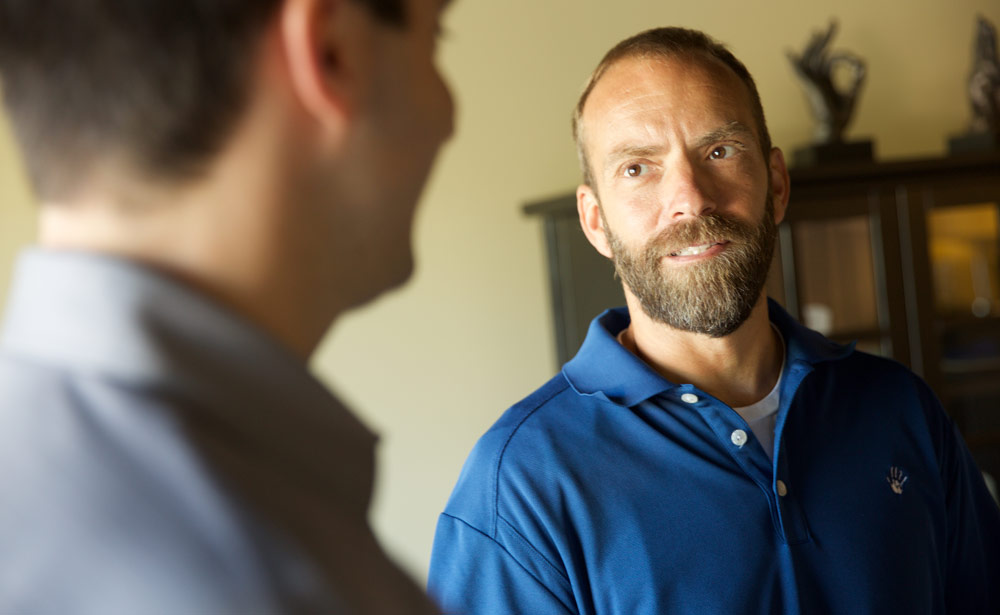 Blaine Adamson feared he would lose his business. “I felt sick, thinking about what might happen to the people who worked for us. But worse even than that — I just felt so very alone.” — Blaine Adamson

Blaine owns Hands On Originals, a small promotional printing shop in Lexington. He works hard to support his family, provide jobs for his employees, and honor God in all he does. He was just living life, like we all do. He wasn’t bothering anyone.

And then one day, without warning, his religious freedom came under fire.

What had Blaine done? Why did the government come after him? It’s all because he respectfully declined a request to print a shirt with a message promoting a local gay pride festival. Blaine simply could not in good conscience print a message that was so clearly at odds with his faith and its teachings.

Blaine offered to connect the festival organizers with another printer. He thought it was a good and reasonable solution, but the situation escalated quickly.

The pride-festival group filed a complaint with the local government and sent a press release to the local newspaper. Others called for a boycott of Blaine’s business. He received hateful emails, phone calls, and Facebook comments. Lexington’s mayor publicly criticized him. And large customers began pulling their business.

Blaine remembers sitting with his wife on the floor of their bedroom, pouring out their pain and uncertainty to God.

Blaine was beginning to understand just how frightening it can be to face the government on your own. But through God’s work behind the scenes, Blaine didn’t feel alone for long.

Blaine wouldn’t have to fight alone

The very next morning, an ADF attorney walked into Blaine’s office. After introducing himself, he told Blaine that his case was not unique. He explained that others were facing similar legal battles and that Alliance Defending Freedom would be glad to take on his case, completely free of charge.

Through it all, he remained faithful

Almost immediately, the government launched an investigation into Blaine’s business. The process was invasive and intimidating. The investigator demanded that Blaine produce thousands of pages of documents about his business, and the comission ordered him to come in for questioning.

But ADF succeeded in limiting the investigator’s overwhelming requests. And we sat with Blaine during the government’s attempts to question him, ensuring that he wasn’t bullied during the process.

The ADF media team also leapt into action and helped turn the tide on the negative press Blaine had been receiving.

Within days, the calls for boycotts ended, and the Lexington paper published an article that set much of the record straight. This was crucial because the court of public opinion often affects the outcome of cases. And more than that, Blaine needed to make sure that he wouldn’t be driven out of business by the smear campaigns launched against him. 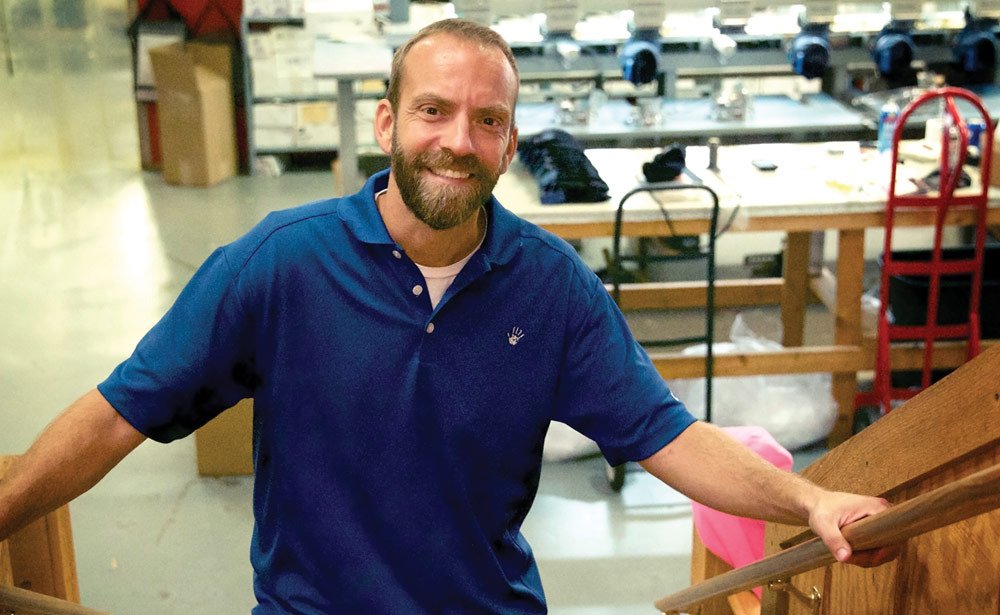 After two lower courts stopped the government from punishing Blaine Adamson, the government persisted and took the case all the way to the Kentucky Supreme Court.

But the ordeal was far from over

The government agency that launched the investigation against Blaine eventually ruled against him, declaring him a lawbreaker, and ordering him to attend “diversity training.”

Blaine knew that unless that decision was reversed, he would likely be forced to close or sell the business that he worked so hard to build.

Yet what worried Blaine more was the risk that his employees would lose their jobs. Blaine struggled with this. “When I think about Hands On Originals from an employee’s standpoint, I definitely think of family.” But, as much as he wrestled with the possibility of losing close employees and even his business, his relationship with God comes first in his life.

Blaine moved forward, resolving to remain faithful to God. “I will stand, no matter what the cost will be.”

“It’s not that God needs people to understand,” Blaine says. “God is God. But from my human perspective, I want them to see God’s glory and understand that He’s faithful. I want His faithfulness shown to people who don’t even believe in Him.”

Almost immediately, Blaine and Alliance Defending Freedom asked the state court to correct the government’s wrong decision. And thanks be to God, the court did just that.

“Thankfully,” Blaine says with a smile, “we’ve had to lay off no one. Did we take some hits? Yes, we did. But we’re still here.”

“It’s frightening that the government would be so committed to ensuring that its citizens would violate their convictions,” said Kristen Waggoner, ADF Senior Vice President of U.S. Legal Division.

Blaine’s case is just one example of the growing legal battles faced by people because of their faith.

Right now, a group of generous individuals has offered a $2 million challenge grant hoping to inspire you to join them today to defend religious freedom.

Today, YOU can give to defend people like Blaine and further the impact of the challenge grant.

Today, YOU can help ensure a future of religious freedom in America — for your children and grandchildren.

ADF regularly gets calls from people who are threatened with the loss of their business or vocation … simply because they are following their religious beliefs. We can’t sit back and watch this happen.

You can support ADF as it defends people like Blaine free of charge.

DONATE NOW
Your gift will further the impact of the $2 million challenge grant!