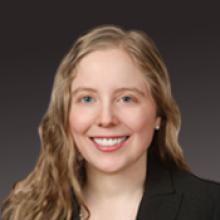 Julie Marie Blake serves as senior counsel for regulatory litigation at Alliance Defending Freedom. Over the last decade, she has been on the front lines of high-profile, precedent-setting cases challenging federal overreach in courts across the country.

Blake served as deputy solicitor general for the state of Missouri from 2017 to 2020 and as assistant solicitor general for the state of West Virginia from 2013 to 2017. In these roles, she argued 26 federal and state appeals, including before the en banc U.S. Court of Appeals for the Eighth Circuit. She received the Best Brief Award from National Association of Attorneys General for her U.S. Supreme Court advocacy.

Before entering government service in 2013, Blake was a litigation associate at Baker Botts L.L.P., where she served as volunteer amicus counsel in several ADF cases, including Town of Greece v. Galloway.

Blake is admitted to practice in multiple states, the Supreme Court, and in many federal district and appellate courts.