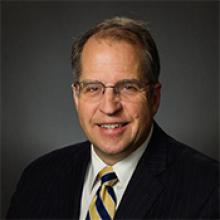 Jordan Lorence serves as senior counsel and director of strategic engagement with Alliance Defending Freedom, where he plays a key role with the Strategic Relations and Training Team. His work has encompassed a broad range of litigation, with a primary focus on religious liberty, free speech, student privacy, conscience rights of creative professionals, and the First Amendment freedoms of public university students and professors.

Lorence argued before the U.S. Supreme Court in the precedent-setting Southworth v. Board of Regents of the University of Wisconsin System case in 1999, challenging the university’s requirement that forced unwilling students to contribute to campus activist groups. He led the challenge to New York City’s ban on private worship services after hours in vacant public school buildings in the long-running Bronx Household of Faith v. Board of Education of the City of New York case. Lorence also defended the right of conscience in Elane Photography v. Willock at the New Mexico Supreme Court. Lorence has worked on ADF’s Supreme Court cases, such as NIFLA (2018), Masterpiece Cakeshop (2018), Trinity Lutheran (2017), Hobby Lobby/Conestoga Wood (2015), as well as other Supreme Court cases such as Christian Legal Society v. Martinez (2010), Good News Club (2001), Lamb’s Chapel (1993), and Witters v. Washington State Department of Services for the Blind (1985).

Lorence has made media appearances on television and radio shows including Fox News, NBC’s Today Show, and NPR’s All Things Considered.  His commentary has also appeared in The Wall Street Journal, USA Today, National Review, and other publications. Before officially joining the organization in 2001, Lorence was a productive allied attorney for many years, actively involved in significant litigation for ADF.  He has also worked for the Home School Legal Defense Association, Concerned Women for America, and the American Center for Law and Justice. Lorence earned a J.D. from the University of Minnesota Law School and received a B.A. in journalism from Stanford University.