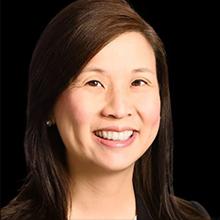 Emilie Kao serves as senior counsel and vice president of advocacy strategy for Alliance Defending Freedom, where she is a member of the U.S. Legal Team. In this role, she supports ADF’s legal and legislative objectives through culture shaping initiatives.

Before joining ADF, Kao served as director of the DeVos Center for Religion and Civil Society at the Heritage Foundation. She led a team of experts who provided strategy, research, and policy recommendations on life, marriage, and religious freedom consistent with Constitutional principles. She convened coalitions of strategic partners to support the protection of religious freedom and launched the Promise to America’s Children, a movement dedicated to the protection of children and parental rights.

She has testified before the U.S. Congress and spoken at the United Nations in Geneva and New York. She has been interviewed and quoted extensively in the media, including The New York Times, The Washington Post, CNN, C-SPAN, and 60 Minutes+.