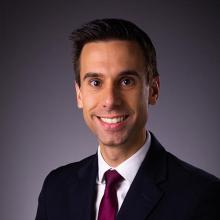 Chris Schandevel serves as legal counsel on Alliance Defending Freedom’s Appellate Advocacy Team. In that role, he represents ADF clients of all stripes at the appellate level, preserving victories achieved in the lower courts and seeking to overturn unjust results. Schandevel also represents clients as amici curiae in friend-of-the-court briefs filed in federal courts of appeals and the U.S. Supreme Court.

Before his time at the Virginia attorney general’s office, Schandevel clerked for the Honorable Stephen R. McCullough on the Court of Appeals of Virginia.

Schandevel earned his J.D. from the University of Virginia School of Law in 2012. During law school, he founded a student organization called Advocates for Life at Virginia Law. He also completed ADF’s Blackstone Legal Fellowship and was commissioned as a Blackstone Fellow in 2010 after an internship with ADF’s Center for Life. Schandevel earned his B.A. in Social Work from Harding University in 2009.

A member of the state bar of Virginia, Schandevel is admitted to practice before the U.S. Supreme Court and various state and federal trial and appellate courts.