Wendell Perez received a call from the elementary school that would alarm any parent. School officials told him that his 12-year-old daughter had attempted suicide in the school’s bathroom. He was told it was because she wanted to be a boy, with a male name and pronouns.

Wendell couldn’t believe it. At home, his daughter hadn’t shown any signs of gender dysphoria or discomfort in being a girl. The Perez family is Catholic, and they raised their children with a biblical and scientific understanding of biological sex.

But when Wendell and his wife Maria arrived at the school, they found out that school officials had been having confidential meetings with their daughter and discussing her discomfort with her gender. Wendell and Maria found out that teachers and staff at school had begun treating their daughter as a boy at school without their consent or knowledge. Wendell was told by staff that they didn’t share information about his daughter’s “transition” with him or his wife because of “confidentiality issues.”

Wendell’s story raises the question: should parents be notified by the school if their child struggles with gender dysphoria?

All schools have a responsibility to keep parents informed—they cannot hide information about a child’s mental or physical well-being from their parents. That’s why, with the help of ADF Allied Attorney Vernadette Broyles, Wendell is suing his daughter’s Florida school district for obstructing his and his wife’s right to direct their daughter’s upbringing.

Wendell’s daughter was socially transitioned by her school without her parents’ knowledge or consent, creating a double life for her and erasing the rights of her mom and dad. A parent has the right to know what is happening with their child, but that right is being threatened across the country.

Wendell’s story is tragic but, unfortunately, not singular

While parental rights are pre-political, the Constitution also protects them under the Due Process Clause. A parent is responsible for upbringing and the mental health and medical care their child receives. But various efforts have been made to erode parents’ right to be the first educators of their children, and these efforts undermine the religious beliefs, moral values, and medical advisement of families.

In a drastic move in August, the California legislature passed S.B. 107, a law which makes the state of California a “safe haven” for minors to receive irreversible, sterilizing surgeries and treatments. The bill allows minors to act against their parents’ wishes and travel out of state for these procedures without parental consent.

Meanwhile, as the Biden administration is reinterpreting Title IX’s definition of “sex” to include sexual orientation and gender identity, more parents have seen the truth about biological sex come under attack. Much of this is happening without their knowledge or consent.

Recently, federal and state officials threatened to take away school lunches from a Christian school in Tampa, Florida, that serves low-income families—all because the school wouldn’t go along with the Biden administration’s radical redefinition of “sex” in Title IX.

When Alliance Defending Freedom filed a lawsuit on behalf of the school, the Biden administration backed down, but it shouldn’t have taken a lawsuit to get the government to respect religious freedom. And ADF is ready to defend the rights of public schools and other secular schools, who are still in the crosshairs of this illegal mandate.

In an ADF case in Harrisonburg, Virginia, teachers and parents recently filed suit against the local school district because of its new policy that forces teachers to call students by “preferred pronouns” as well as keep a child’s social transition hidden from parents.

In another ADF case, a Kansas school district settled a case brought by math teacher Pam Ricard after the school district attempted to force her to use a student’s “preferred pronouns” in violation of her conscience and lie to parents. The school agreed to change its policy and paid over $90,000 to cover Pam’s attorneys’ fees. Pam is one of many teachers who has faced punishment for refusing to conform to radical gender-ideology policies.

School policies like these are all too common, and it’s essential to understand the potential consequences: physical, moral, and psychological harm to our nation’s children.

A war on innocence

An entire generation of young people is now more confused about sexuality than ever before. In a 2017 Pew Research Center survey, 50 percent of people ages 18-36 said that “whether a person is a man or a woman” is not determined by “sex at birth.”

Because gender ideology rests upon the most specious of claims and evidence, it must recruit only the most impressionable into its fold. That’s why activists have focused on transforming schools into testing grounds for gender ideology.

The rapid increase of children who identify as “non-binary” should serve as a warning. While activists try to impose their own beliefs about gender onto children, evidence shows that gender dysphoria is profoundly social. According to the American College of Pediatricians, 80 to 95 percent of children who experience gender dysphoria will ultimately accept their biological sex so long as they are allowed to go through natural puberty rather than being “affirmed” in a transgender identity.

By encouraging social transitioning, many school officials are putting children on a path toward medical transition, including hormone therapy and surgery. These treatments cause irreversible damage, locking a child into physical changes for a lifetime.

Confusing a generation about biological reality is an existential threat to society. No society can thrive if it doesn’t understand the purpose of the body.

Vernadette Broyles, president and general counsel of the Child and Parental Rights Campaign, is representing Wendell Perez and his family in its case against the school district. She’s also speaking out about the Department of Education’s attempts to expand the scope of Title IX to require all public schools “to adopt gender-identity-indoctrinating affirmation as policy and to do so without any provision for parental notification and consent.”

Broyles says this policy “will override parental rights, it will destroy girls’ protections for our privacy, our safety, and our fair competition in sports. And it will harm children’s health because it will put children on a pipeline to social transition to medical transition, which is to medical harm.”

In fact, there is evidence that at least one hospital is working with schools to promote gender ideology. According to a recent report, documents show that the Children’s Hospital of Chicago is collaborating with Chicago-area schools in a type of radical gender education featuring a training presentation called “Beyond Binary: Gender in Schools.”

A “transgender health” association, the World Professional Association for Transgender Health (WPATH), recently changed its guidance to encourage various procedures and surgeries on children at even lower ages. These include mastectomies for girls as well as hormone alteration and irreversible surgeries for boys and girls alike.

Parents can make a difference by educating themselves and becoming active in their local schools. State and federal efforts to recognize parents as the primary educators of their children should be encouraged.

As the primary educators of their children, parents should know what their children are taught and should have the freedom to opt out of controversial curricula. If there’s a silver lining to the COVID lockdowns, it is the great parental awakening to what schools are teaching their children.

Second, we need accountability for schools in terms of regular parental review.

Schools need to offer transparency in what they’re teaching in and out of the classroom. Despite repeated claims to the contrary, schools have a responsibility to keep parents informed—they must tell parents if their child identifies as the opposite sex or requests a name or pronoun change.

The Family Educational Rights and Privacy Act (FERPA) requires schools to provide parents with an opportunity to “inspect and review” their child’s education records if the student is under the age of 18. And the law does not prohibit a school from proactively disclosing information to a parent.

Third, parents should know their options.

A parent’s right to direct their children’s upbringing doesn’t end at the schoolhouse door.

If government schools do not uphold their basic values, parents should consider the alternatives. Over the past two years, trust in public schools has fallen dramatically, opening the eyes of many parents. Parents are more than ever ready to defend their constitutional freedoms in public schools, and they should have the freedom to choose a school according to their values, including private and religious schools and homeschooling.

So should a parent be notified by a school if their child struggles with their understanding of gender? Absolutely.

Children are first and foremost born into families. The family is the first and most fundamental society. Our laws should affirm the natural order of parents raising their children and reject the idea that children are products and property of the government.

That is why parents have the responsibility and the corresponding right to teach and raise their children.

Neither schools nor the government nor medical professionals should crush the rights of parents to form their children according to their best lights. Activists are using radical gender ideology to punish not just parents but also churches, religious organizations, and individuals who do not conform to their heterodox views. Now is the time to work together to support the family as the basic unit of society.

As Wendell says, “We need to be together. We need to fight together. … We as people of faith, we need to stand strong and defend with no fear that institution that was established by God himself.”

Parental rights are essential for a thriving society because parents are best suited to help a child to grow, learn, and face the world. Parents like Wendell and Maria Perez take their responsibilities as parents seriously and are bravely fighting for all parents’ fundamental rights to direct the upbringing and education of their children. 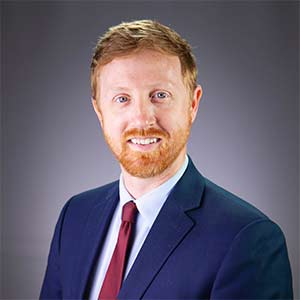