Bronx Household of Faith v. Board of Education of the City of New York

Religious speakers' right to equal use of public facilities.

The ability of churches to utilize public facilities in order to minister to the community through religious worship services.

Pastors Robert Hall and Jack Roberts have been ministering in the University Heights neighborhood of the Bronx since the early 1970’s.   For the past two decades they were engaged in a legal battle, fighting for the right to use public school facilities in New York City for religious worship services.

Bronx Household of Faith ministers to the people in one of the neediest areas of the city. Because of high rent prices and other challenges, the church’s vital ministry to this community depends on access to public facilities.  New York City has made its school facilities open to community groups during non-school hours for virtually any purpose—except “religious worship services,” which its policy singled out for exclusion.

Where many would have given up or grown tired of the lengthy court process, Pastor Hall and Pastor Roberts remained committed to seeking legal victory.

“Since the beginning, we’ve seen this as a wedge for the Body of Christ,” Roberts says. “We want this freedom for churches that don’t have it. We want these kinds of public spaces made open.”

Alliance Defending Freedom was equally committed to securing victory and Senior Counsel Jordan Lorence has fought with the church every step of the way.

Early on in the litigation, in June 2002, Alliance Defending Freedom secured a ruling from a U.S. district court in Manhattan that opened NYC’s school facilities to churches. Since that victory more than 50-75 churches began meeting in public schools.

Many churches in NYC were galvanized by the Right to Worship movement that developed among the pastors and congregations through this shared experience of being under the threat of eviction from the schools where they met.  This created much cross-denominational interaction and outreach as a result.

Unfortunately, the district court’s injunction order was overturned by the United States Court of Appeals for the Second Circuit in April 2014.  Alliance Defending Freedom sought en banc rehearing, which the court denied.  ADF then petitioned the U.S. Supreme Court for review – this was actually the third time during the litigation that Bronx Household of Faith had asked the High Court to hear its case.  Fortunately, churches were able to continue meeting in public school facilities while these requests for review were in process.

On March 30, 2015, the Supreme Court denied the petition, allowing the Second Circuit’s decision permitting NYC’s discriminatory policy excluding religious worship services to stand.  However, within hours of the Supreme Court turning down the case, Mayor Bill de Blasio announced that he would allow the churches and other religious groups to continue meeting in the schools, and would change the policy to allow equal access for religious worship services.

Without Mayor Bill de Blasio’s decision to allow the churches to remain in NYC public schools, more than 50 churches could have faced eviction as a result of the Second Circuit’s opinion and the Supreme Court’s decision not to hear the case. ADF commends the mayor for recognizing the benefits that these churches bring to their communities through their presence in the schools.

Despite this setback, Alliance Defending Freedom is committed to continually advocating for the right of religious groups to utilize public facilities on an equal basis with other users.

Alliance Defending Freedom represented the Bronx Household of Faith, and advocated for its right to equal access to public facilities.

The End of the Lemon Test
September 12, 2022
Read More
Image 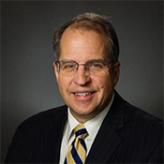