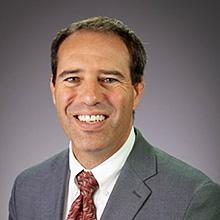 Hal Frampton serves as senior counsel in the Center for Conscience Initiatives at Alliance Defending Freedom. In this role, he regularly defends the constitutional and statutory rights of creative professionals, medical professionals, and others to live out their faith in the workplace without government coercion, harassment, or discrimination.

Before joining ADF in 2021, Frampton was a partner at an AmLaw 100 firm where he focused his practice on litigating complex employment, commercial, and class action disputes.

Frampton earned his J.D. from Yale Law School in 2006. After law school, he clerked for judges on the U.S. Court of Appeals for the Third Circuit and the U.S. District Court for the Eastern District of Pennsylvania. He also earned his B.A. from Furman University in 2003 and his M.A. from Maynooth University in 2003.

Frampton is a member of the state bars of South Carolina and Nebraska.