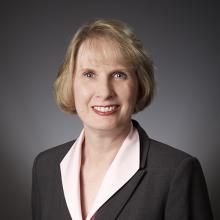 Denise Burke serves as senior counsel with Alliance Defending Freedom, where she is a member of the Center for Legislative Advocacy. In this role, Burke’s efforts are directed toward limiting the 1973 Roe v. Wade decision and ultimately overturning it. She also works to protect life from conception to natural death and to defend the conscience rights of healthcare professionals.

Prior to joining ADF, Burke served as vice president of legal affairs for Americans United for Life, where she routinely advised legislators, policy groups, and state attorneys general on life issues. In addition, Burke testified before legislative committees on the constitutionality of pro-life legislation.

Burke began her career with the Judge Advocate General’s Corps, United States Air Force, both on active duty and in the reserve. Rising to the rank of lieutenant colonel, she served as an instructor at the USAF JAG School and on the editorial board of the Air Force Law Review. In response to the terrorist attacks of Sept. 11, 2001, Burke volunteered to serve again on active duty. In recognition of her service, the Air Force awarded her the Meritorious Service Medal, the National Defense Service Medal, and the Global War on Terrorism Service Medal.

A member of the state bar of Texas, Burke is admitted to practice before the U.S. Supreme Court, the Court of Appeals for the Armed Forces, and multiple federal district and appellate courts. She earned her bachelor’s degree in business management from the University of Maryland, followed by her Juris Doctor from Southern Methodist University.