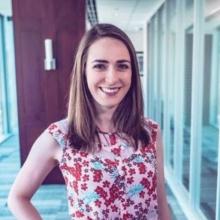 Bernadette Tasy serves as a Media Relations Specialist at Alliance Defending Freedom. Originally from Reedley, CA, she previously led several pro-life efforts on campus as well as at the local and state levels as the president of Students for Life at Fresno State University, the president of Fresno Pro-Life Future, and the California State Captain for Students for Life Action.

In 2017, with the help of ADF, Bernadette took legal action against a Fresno State professor for leading a group of students in defacing her student group’s university-approved, pro-life chalk messages. She and her group won the lawsuit, helping to intensify her passion for the pro-life movement.