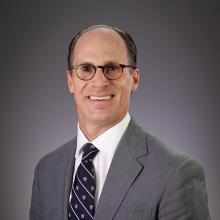 Previously, Graham was a partner at Jackson Walker LLP, a more than 130-year-old law firm with more than 400 lawyers across Texas, where he achieved an extensive record of success in high-stakes litigation in both trial and appellate courts and was named a “Super Lawyers—Rising Star” multiple times.

He is a member of the State Bar of Texas and is admitted to practice before the U.S. Court of Appeals for the Fifth Circuit and the U.S. Supreme Court.

Graham is the first person in his family to go to college and is a first-generation American who holds dual American–Australian citizenship. He and his wife, Molly (a classical Christian school educator), have three children and live in Dallas, Texas.