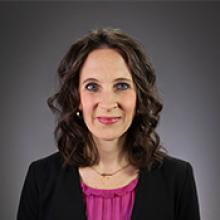 Alison (Ali) M. Kilmartin serves as senior counsel and director of allied attorney relations with Alliance Defending Freedom, where she is a member of the Allied Legal Affairs Team. Her role includes recruitment, engagement, and strategic deployment of over 3,700 attorneys aligned with the ADF mission in the protection and promotion of life, religious liberty, free speech, marriage and family, and parental rights. Attorneys in ADF’s network have played important roles in hundreds of precedent setting matters and 60 victories at the U.S. Supreme Court, including 12 Supreme Court cases serving as lead counsel or co-counsel alongside ADF staff attorneys.

From 2018 to 2021, Kilmartin was a senior executive service appointee in the Trump administration, serving the U.S. Department of Labor as deputy chief of staff in the Office of the Secretary, and then as deputy assistant secretary for policy in the Office of the Assistant Secretary for Policy. Prior to joining Labor, Kilmartin was a trial and appellate litigator for just under a decade, including in the U.S. Supreme Court on several occasions. In 2014, Kilmartin successfully represented a number of Catholic entities challenging the Obamacare contraceptive mandate, which ultimately resulted in the win Zubik v. Burwell.