Danquah v. University of Medicine and Dentistry of New Jersey

The right of medical professionals to decline to perform or assist in abortions in violation of their religious beliefs.

The right of professionals to abide by their conscience in the workplace.

Though the nurses at the University of Medicine and Dentistry of New Jersey’s Same Day Surgery Unit are a diverse group, the majority have two things in common: a commitment to their faith, and a commitment to protecting life.

But after a nurse that performed abortions was promoted from the special team, a new policy went into effect announcing that all nurses in the Same Day Surgery Unit were required to assist with abortions. The assistant manager quickly set up a training program that would give each nurse hands-on experience in how to assist with and clean up after abortions.

"As long as you work here," their manager told the 12 nurses who openly protested, "you're going to have to do it. If you don't, you're going to be fired or transferred out."

Through her pastor, Fe got in touch with Alliance Defending Freedom. On very short notice, allied attorney Demetrios Stratis came with the nurses to a meeting that the hospital administration had called with the labor board, a union official, the managers, and "an expert on ethics." The hospital wasn’t prepared for the nurses to fight back. Once they knew the nurses had a lawyer, they canceled the meeting.

The attorneys made it clear to the hospital officials that their new policy transgressed both state and federal laws that make it illegal to compel medical professionals to violate their conscience by forcing them to help with a non-emergency abortion. The hospital risked losing more than $60 million in federal funding. Still, administrators stubbornly contended that all abortions in the Same Day Surgery Unit – each scheduled weeks in advance – were "emergencies,” and the nurses were required to assist in emergencies. Since hospital administrators wouldn’t budge, Alliance Defending Freedom attorney Matt Bowman, together with allied attorney Demetrios Stratis, filed suit against the hospital.

Meanwhile, their managers forced three of the nurses to go through the hands-on abortion training. But ADF obtained a court order preventing them from forcing any more to participate while the case went forward.

On the day of the court hearing on the motion for preliminary injunction, the judge announced that a settlement had been reached. In a victory for the nurses and Alliance Defending Freedom, the hospital agreed not to force the women to participate in abortions, or to retaliate against them by replacing them.

Alliance Defending Freedom attorney Matt Bowman and allied attorney Demetrios Stratis represented the nurses in this case, making it possible for these nurses to defend themselves against their hospital’s policy. This case secured important protection for the right of medical professionals to abide by their conscience in their workplace. 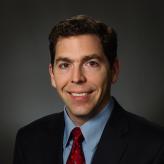