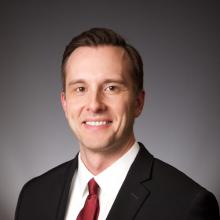 Zack Pruitt serves as senior counsel and federal government relations director at Alliance Defending Freedom. In this role, he promotes ADF’s policy and legislative work at the federal level on behalf of the broader ADF legislative advocacy team. As a principal strategist, Pruitt oversees the federal government relations team and provides legal counsel regarding ADF’s core issues to members and staff of the U.S. Congress, the White House, and federal agencies. In addition, he manages ADF’s state legislative efforts involving the freedom of speech.

Prior to joining ADF, Pruitt served as senior policy analyst at Americans for Prosperity and director of public policy for the Family Action Council of Tennessee. Before that, he was a Charles Koch Institute Research Fellow at the Acton Institute in Grand Rapids, Michigan, and managed a state Senate campaign in Missouri.

Pruitt earned his Juris Doctor with a certificate in International and Comparative Law from St. Louis University School of Law. He obtained his bachelor’s degree in history from the University of Tennessee at Chattanooga. He is member of the state bar in Tennessee and the District of Columbia.