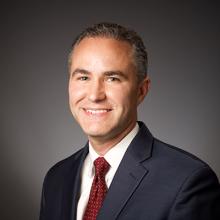 Ryan Tucker serves as senior counsel and director of the Center for Christian Ministries with Alliance Defending Freedom. He oversees all litigation efforts to maintain and defend the constitutionally protected freedom of churches, Christian ministries and religious schools to exercise their rights under the First Amendment.

Tucker began his work at ADF in 2017, defending the conscience rights of Christian business owners against policies that would force them to compromise their beliefs under threat of heavy fines and punishment. In 2019, he transitioned to his current role and has counseled many organizations in the process. For example, in Downtown Hope Center v. Municipality of Anchorage, he defended the rights of a faith-based ministry to operate consistently with its beliefs. Prior to joining ADF, Tucker engaged in private practice for over 16 years with a litigation boutique law firm in San Antonio, Texas, eight of those as a partner. His portfolio included all aspects of civil litigation, both state and federal, with a particular focus on commercial and complex business disputes.

A member of the state bar in Texas and Arizona, Tucker is admitted to practice in the U.S. Supreme Court and multiple federal district and appellate courts.