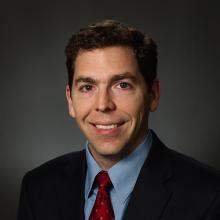 Matt Bowman serves as senior counsel for Alliance Defending Freedom, where he focuses on the impact of administrative law on religious freedom, the sanctity of life, and family. He most recently joined ADF in December 2020.

From 2017 to 2020, Bowman was a senior executive service appointee in the Trump administration, serving the U.S. Department of Health and Human Services as Deputy General Counsel, and then in the Office for Civil Rights. Prior to joining HHS, Bowman was an accomplished litigator at ADF for over ten years. He filed and argued NIFLA v. Becerra in the lower federal courts, a case where the Supreme Court later protected the free speech of pro-life pregnancy centers. In 2012 Bowman obtained the first court order blocking Obamacare’s abortion pill mandate in Newland v. Sebelius. He went on to win several similar cases, including for March for Life and Tyndale House Publishers, and served as co-counsel in Conestoga Wood Specialties v. Burwell.

Bowman’s work has been profiled in the New York Times, and he has published articles in USA Today, the Washington Examiner, National Review, Townhall.com, CatholicVote.org, the Linacre Quarterly, and the Phoenix Law Review. Bowman has appeared on FOX News, EWTN, CBN, the Hugh Hewitt Show, and Public Square.