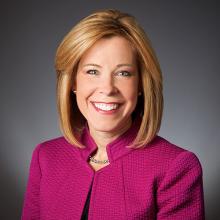 Kristen K. Waggoner serves as General Counsel with Alliance Defending Freedom. Her role includes oversight of the U.S. Legal Division and Communications, which includes over 100 attorneys and staff who engage in litigation, public advocacy, and legislative support. ADF is the largest legal organization committed to protecting free speech, religious freedom, parental rights and the sanctity of life. Since Kristen began serving in this role, ADF has represented prevailing parties in 11 U.S. Supreme Court victories, including Masterpiece Cakeshop v. Colorado Civil Rights Commission and Uzuegbunam v. Preczewski, which she argued at the Supreme Court. She also served as counsel in the free speech victory the Supreme Court handed down in National Institute of Family and Life Advocates v. Becerra.

Waggoner is a frequent legal commentator in television, radio, and print media including appearing on The View, The Today Show, CBS Sunday Morning, ABC Nightline, This Week with George Stephanopoulos, Tucker Carlson Tonight, and Fox News. She is Peer Review Rated AV® Preeminent™ in Martindale-Hubbell. Washington Law & Politics selected her as a “Rising Star” for many years during her time as an associate and partner at Ellis, Li & McKinstry PLLC. Waggoner clerked for the Honorable Richard B. Sanders of the Washington Supreme Court. She is admitted to practice in multiple states, the Supreme Court, and numerous federal district and appellate courts.