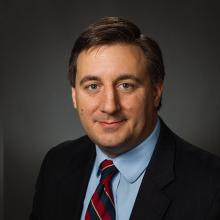 Jeremy Tedesco serves as senior counsel and senior vice president of communications for Alliance Defending Freedom. In this role, among other things, he serves as a lead convener of the Philadelphia Statement (www.thephillystatement.org), a movement dedicated to restoring free speech and civil discourse.

Tedesco earned his Juris Doctor in 2004 from the Regent University School of Law, where he was a recipient of West’s Academic Achievement Award. He is a member of the state bar of Arizona, admitted to the U.S. Supreme Court and the Supreme Court of Arizona, as well as multiple federal district and appellate courts.