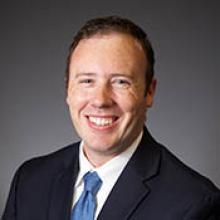 Since joining ADF in 2017, Warner has focused primarily on protecting the freedom of Christians to freely exercise their faith in the marketplace without fear of government punishment. He has served on the litigation teams arguing cases such as Masterpiece Cakeshop Inc. v. Elenis and Telescope Media Group v. Lucero.

He has also defended religious freedom more broadly. In A.H. v. French, Warner successfully represented a Christian high school student on appeal at the Second Circuit, where the court entered a preliminary injunction that stopped state officials from discriminating against a student based on her religious status. This ruling ensured that the student could access a publicly-funded educational program on the same terms as her peers.

Prior to joining ADF, Warner served as a judicial law clerk to Senior U.S. District Judge Malcolm J. Howard in the Eastern District of North Carolina. Before that, he engaged in private practice with the firm of Perry, Perry, & Perry, in Kinston, North Carolina, where he primarily represented criminal defendants in both federal and state courts.

Warner is admitted to practice in Arizona, North Carolina, and the U.S. Supreme Court, as well as many federal district and appellate courts.