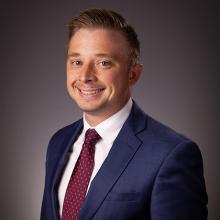 Bryan Neihart serves as legal counsel with Alliance Defending Freedom, where he is a member of the Center for Conscience Initiatives.

Just before joining ADF, Neihart served as a law clerk to Judge Wiley Y. Daniel of the U.S. District Court for the District of Colorado. Neihart also practiced law with a litigation firm in Denver, Colorado where he primarily represented businesses, insurance companies, and hospitals in both federal and state courts. Neihart worked as a law clerk to Judge David Furman of the Colorado Court of Appeals after graduating from law school.

Neihart is a member of the state bars of Arizona and Colorado.