Defending Your Religious Freedom Since 1994

We defend your most cherished freedoms in Congress, state legislatures, and courtrooms across the country, and all the way to the U.S. Supreme Court if necessary.

And we’ve been successful. ADF has won 14 victories at the Supreme Court since 2011, and we’re winning nearly 80 percent of all our cases—but we don’t do it alone.

As a nonprofit, we provide our legal services at zero cost to our clients.

Targeted for their Beliefs

We defend everyday Americans who have been unjustly targeted for their beliefs. 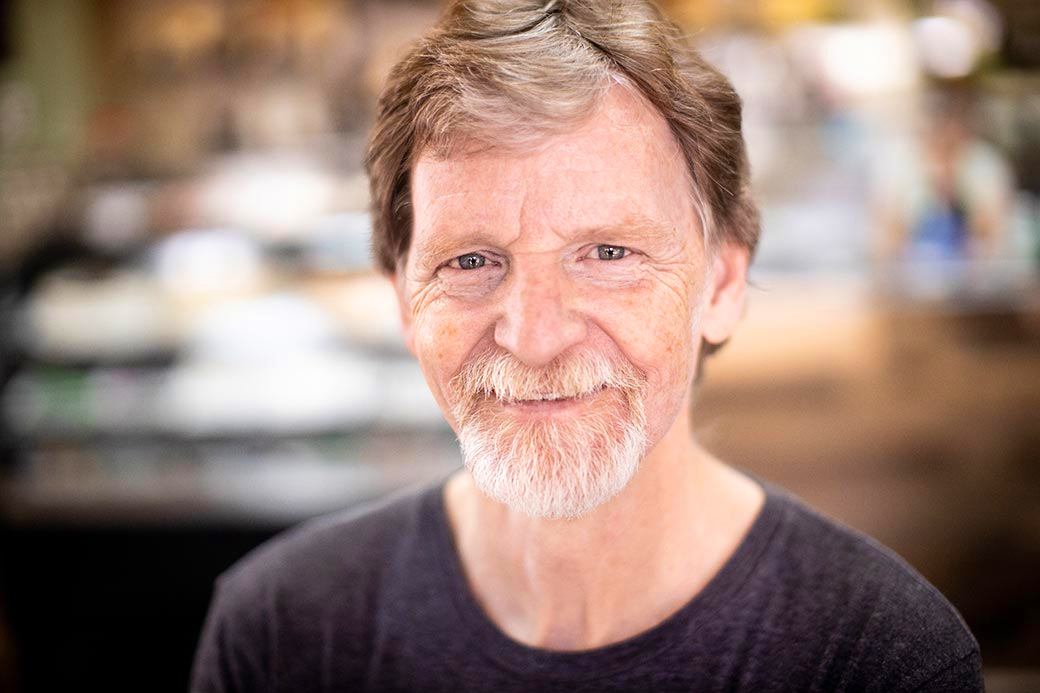 Jack designs, paints, and sculpts beautiful custom cakes at his business, Masterpiece Cakeshop. He serves everyone, be cannot use his talents to express messages that go against his beliefs. And the First Amendment protects his right to do so.

But after politely declining to create a custom cake that expressed a message in conflict with his faith, the Colorado government tried to punish him.

We defended him all the way to the U.S. Supreme Court and won a major victory! And yet, Jack is still being harassed. He’s back in court battling another lawsuit, this time from an attorney who is targeting Jack for his beliefs. 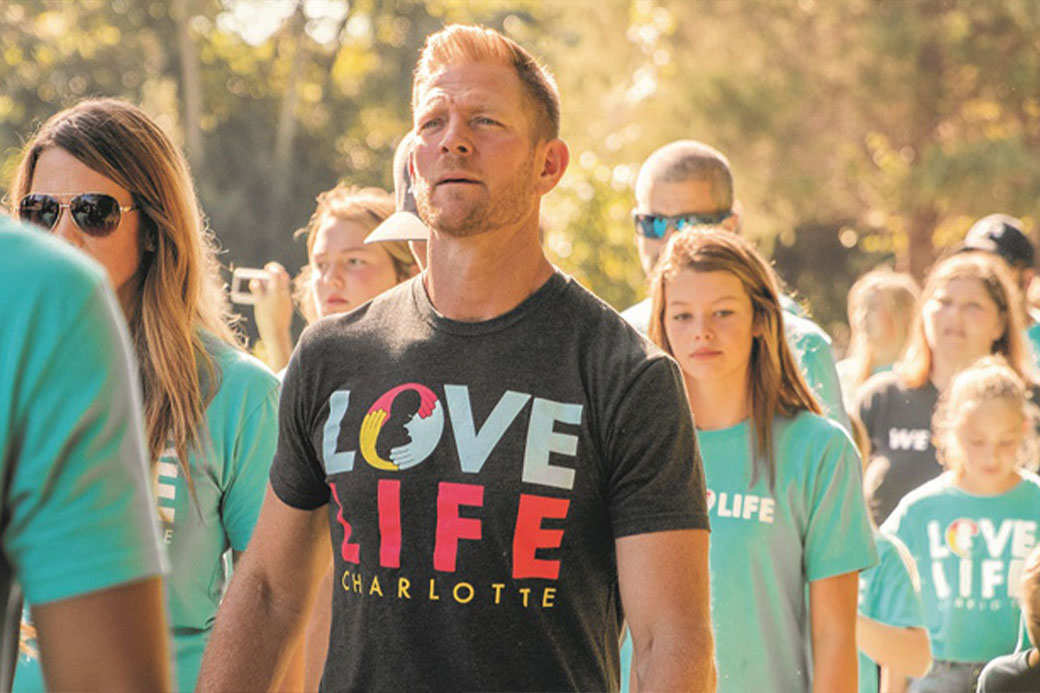 You may recognize David Benham.

David, the co-founder of the pro-life group Cities4Life, was peacefully praying and offering sidewalk counseling outside of an abortion clinic in Charlotte. But police handcuffed and arrested him for violating North Carolina’s “stay-at-home” order during the COVID-19 pandemic. It didn’t matter that David and other volunteers were following the State’s protocol to prevent the spread of the coronavirus. 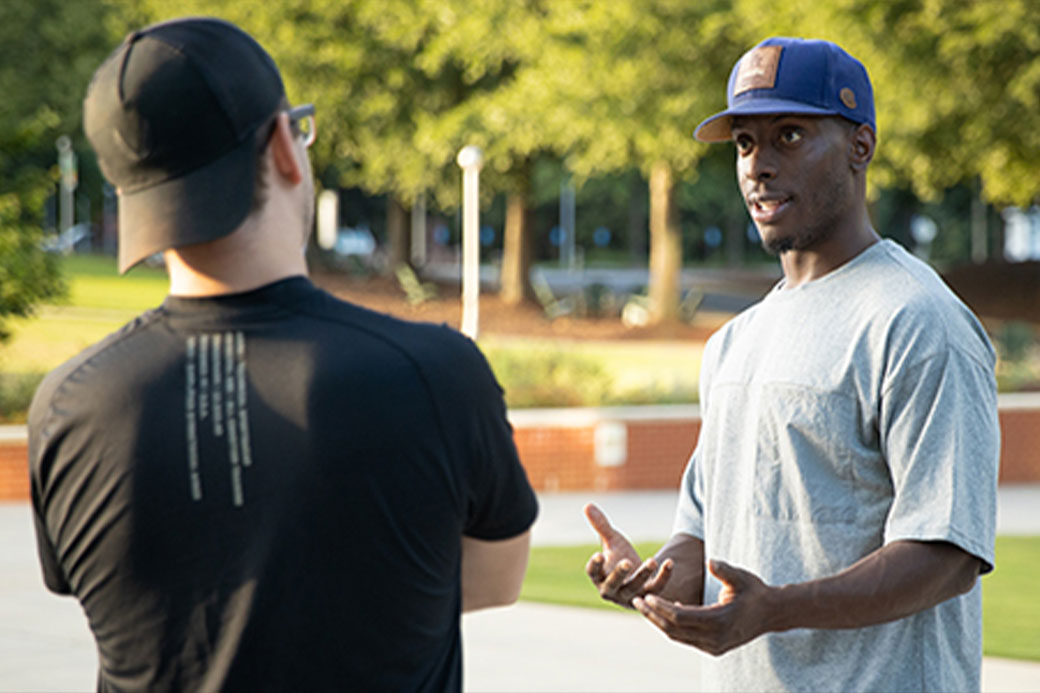 When Chike was a student at Georgia Gwinnett College, he wanted to share his faith with his classmates on campus. But his college administrators prevented him from speaking, not just once—but twice.

We took his case all the way to the Supreme Court—and won.

These are just three examples out of the thousands of requests for legal support we receive each year. Requests from teachers and professors who have been punished or fired for refusing to violate their faith, churches that have been targeted with discriminatory COVID-19 regulations, and students who have been silenced and had their First Amendment rights infringed upon by university officials.

We’re at a critical moment.

We are living at a critical moment in history.

In the past, Americans were mostly united in their support for the Constitution and their belief in core American principles.

But today there are activists, organizations, and even government officials seeking to undermine the cherished freedoms protected in our founding document.

For example, the American Civil Liberties Union, once a fierce defender of free speech, is now actively working to curtail the First Amendment.

The ACLU has a $300 MILLION annual budget and many powerful allies in government – now including the Biden Administration.

ADF is taking a stand against the effort to undermine your First Amendment rights.

In many of our key cases, ADF goes head-to-head with groups like the ACLU. These cases can be tough, time-consuming, and costly.

But if we don’t continue to fight for our freedoms, we will risk losing them for the next generation.

Help Us Stand for Your Freedoms

You Can Help Us Defend Your Religious Freedom.

The only way we can continue this critical work is because of voluntary gifts from our generous Ministry Friends.

The support of our Ministry Friends is vital because, as a nonprofit, we never charge our clients a dime for our services. That means we rely 100% on the financial support of everyday Americans, like you.

Will you please prayerfully consider making whatever tax-deductible gift you can afford today? 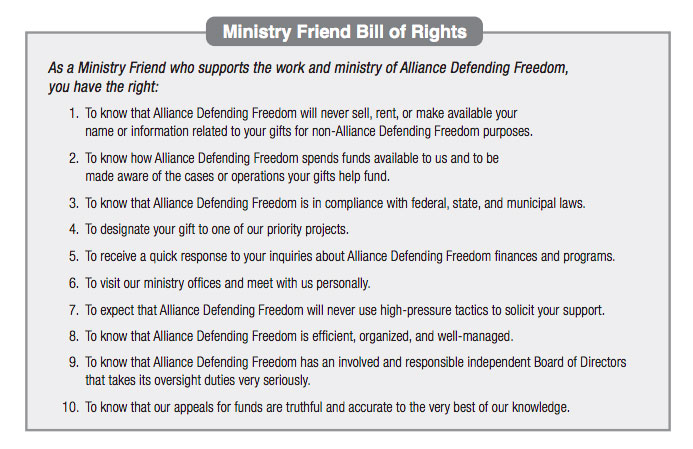