Now is the time to stand for parental rights 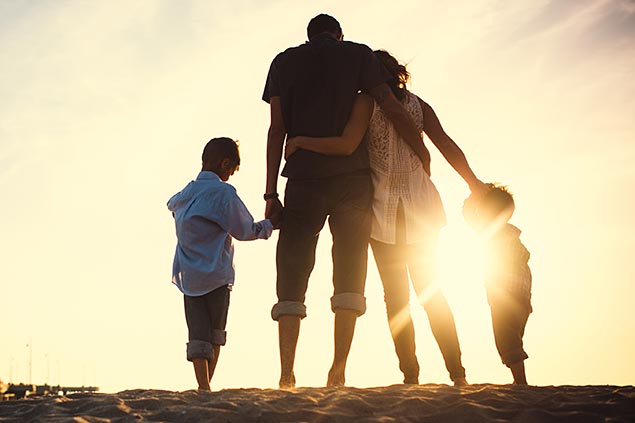 Parents nationwide are standing up for their children and their God-given freedoms. Will you stand with them?

How would you feel if your child was being taught to treat other children differently based on the color of their skin?

And—most disturbingly—what if they were being taught this by their own school?

Sadly, this is precisely the type of race-based division pushed on kids in many public schools today.

And it’s happening across the country, in red and blue states alike.

The COVID-19 pandemic exposed many crises in America. One was in our public schools.

In the months of virtual learning from home, parents discovered that their children were being indoctrinated in and pressured to affirm a divisive, intolerant ideology. Based in critical race theory, this ideology forces students to view each other through the lens of race.

That would be bad enough. But it’s not the whole story.

Concerned parents also discovered that activist school administrators have adopted radical gender ideologies and are SECRETLY pushing them on students.

That means that when a child is confused, they’re manipulated and told they can adopt a different gender identity—that boys can be girls, and vice versa.

And should a child identify as a different gender at school, that information will be withheld from their parents. It will be their little secret.

The blatant attacks against parental rights keep getting bolder:

Parents have a God-given duty to care for, raise, and educate their children without undue interference from the government. Holy Scripture instructs parents to “[t]rain up a child in the way he should go; even when he is old he will not depart from it.”

By standing with parents and kids in legal cases and promoting legislation that upholds parental rights, Alliance Defending Freedom is working to create a nation in which the rights of parents are guaranteed and protected under the law.

But our opposition has government agencies and private organizations with DEEP pockets on their side. This battle won’t be won easily. We need your help to secure victory.

School boards across the nation are adopting policies that endanger children’s minds, bodies, and relationships.

Just take the implementation of critical race theory (CRT) into the classroom.

For many proponents of CRT, society is divided between the “oppressors” and the “oppressed.” And the only solution to oppression is a complete overhaul of our government, communities, and families.

They believe that social structures like the nuclear family and religion, must be “dismantled.”

When a curriculum influenced by critical race theory is introduced in a school, children are taught not to view their classmates as potential friends and playmates, but as separate and suspicious people.

In one of the first cases of its kind, ADF is challenging a Virginia school district policy based on critical race theory that discriminates against students and violates their civil rights.

The Albemarle County School Board’s “Anti-Racism” policy was adopted with the stated purpose of eliminating “all forms of racism.” Instead, it fosters racial hostility:

The school district has violated students’ and parents’ civil rights by demanding they pledge allegiance to the policy.

Just take a look at one of the school district’s training materials: 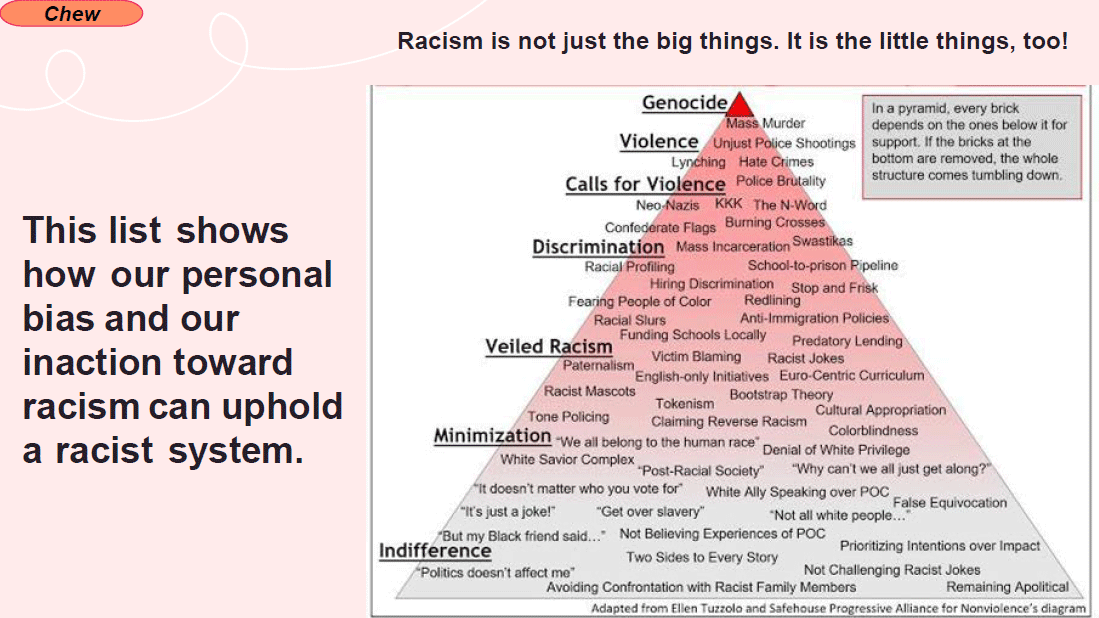 The program tells trainees that trying to not see race or even just be apolitical are both forms of racism.

In all of this, it’s the kids that are being played as pawns in a political game. This harms children and distorts their view of their classmates, their families, and themselves. That’s why ADF has filed a lawsuit challenging the policy and defending the rights of the parents.

Parents like Melissa simply could not stand aside and let government officials harm her son.

Melissa’s son is a student at a public school in Albemarle County. He’s also bi-racial. And she’s worked with him to instill pride in his racial heritage.

When she reviewed the policy and new curriculum, she saw it for what it is: ideological indoctrination. She didn’t want her son’s life to be focused on race. So, she took her concerns to his teacher, who proposed that Melissa’s son could go to a “safe space” for students of color during the lessons.

In other words, segregate him.

When Melissa spoke to another school employee, she was told that the policy is necessary. Why? Because, this person said, parents are not teaching their children what they need to know about race.

Parents like Melissa oppose racism everywhere it exists, including schools. And they want their children to learn the history of racism in America.

But that’s not what policies and curricula like those in Albemarle County do.

Instead, students are taught to believe they are subordinate or superior—good or bad—based on their race. That’s promoting racism, not ending it.

Melissa has seen her son take this message to heart, focusing on his race more now than ever. And in a negative light. The school district’s policy has damaged her lifetime of instruction and values in just a few months.

Parents like Melissa can’t take on the government by themselves. They need your help. Your gift today will help enable Alliance Defending Freedom to take on cases like hers with absolutely zero cost to the parent. 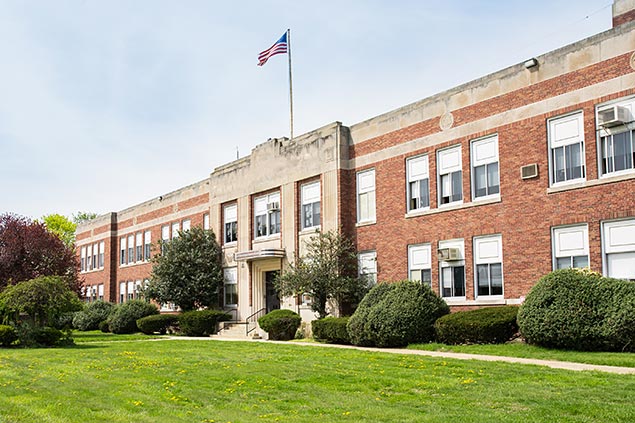 In fact, some public schools are socially “transitioning” students at school without telling parents, maintaining “secret files” about gender-confused students, and forcing school employees to address students in ways that are inconsistent with their sex.

These policies harm students and VIOLATE the rights of both teachers and parents.

Mothers and fathers shouldn’t be forced to surrender their rights to the government.

Every parent has the right—and duty—to choose what’s best for their children, especially when it comes to healthcare and decisions that could affect the rest of their lives.

The reality is that some kids struggle to feel comfortable in their own bodies. But the last thing we should be doing is pushing these children to make drastic, irreversible changes to their bodies or take on a different social identity.

Studies show that most children who experience confusion like this will come to accept their biological reality if allowed to do so.

We’re challenging school policies that ignore and work against the rights of parents — including socially “transitioning” children without parental permission.

There are very few issues as important as this right now.

Children pressured by government officials to identify as the opposite sex could even be pushed to undergo irreversible procedures and surgeries. When those children come to regret the decision to permanently alter their bodies, the school officials won’t be there to support them. Parents who were kept in the dark will be.

Will you make a gift of any size today to help defend parental rights and help STOP the indoctrination of children in schools?

It’s not just some public-school policies that threaten the rights of parents, but also the positions of the federal government.

U.S. Attorney General Merrick Garland directed the FBI and the Department of Justice to convene meetings with federal, state, and local leaders to discuss how to address “threats” posed to school administrators, board members, and others.

Who were those supposed “threats”? Parents who dared express concern about the politicization of education.

They never resorted to violence. They simply wanted transparency in their children’s schools and an opportunity to engage with school officials for the good of their children and the schools.

And for that, the federal government targeted them, effectively treating these parents similar to domestic terrorists.

ADF is committed to holding government officials accountable when they violate the rights of parents. Will you make a gift right now to help defend parental rights against threats from the government, whether they come from your local school board or the federal government?

I WANT TO PROTECT PARENTAL RIGHTS

This is a generational battle 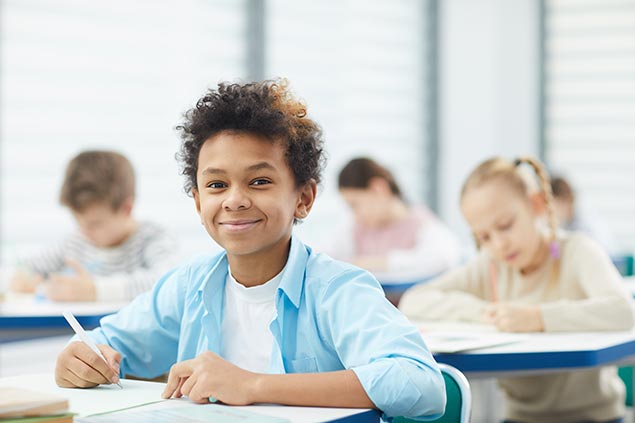 Everyone should care about how children are raised. They become our nation’s leaders, after all.

Parents bring us into the world. They teach us to walk, to talk, to love. They prepare us to enter society and live as upstanding citizens.

Parents have far and away the deepest and most enduring influence of all the people who share in shaping a child’s moral character and the adults they become.

In nearly every case, parents are best positioned to protect their children’s health and welfare. Not activist groups. Not the federal government. Not the local school board. Not school administrators.

With the renewed effort to undermine parental rights by indoctrinating children in critical race and gender ideology, excluding parents from medical decisions, and pressuring children to embrace and affirm extreme, divisive ideologies, now is the time to stand up for the rights of all parents.

Will you stand with parents and children across America today and make a gift to help fund the legal work aimed at securing parental rights for generations to come?

COUNT ME IN TO DEFEND PARENTAL RIGHTS

Guaranteeing parental rights depends on you

As a nonprofit, we provide legal services to our clients without ever charging them a dime.

We only take on cases as we have the funding to do so. That means we depend upon the generosity of you and others to supply every dollar needed to defend the freedoms of parents and all Americans.

Can we count on you today?

With God’s blessing, ADF has grown from the prayers of those godly leaders to become a major force in the legal battle for religious freedom, winning nearly 80% of our cases, including 13 victories at the U.S. Supreme Court since 2011.