Why Fight for Free Speech on Campus? This Case Provides an Answer

By: John-Henry Keenan and Savannah Husmann

In the early 1960’s, frustrated by suggestions to give parents more control over their children’s curriculum, Education Commissioner Francis Keppel blurted out, “You don’t understand, under the plan you proposed we couldn’t achieve our social objectives.”

In his famous speech, The Myth of the Great Society, Ronald Reagan addressed Keppel’s desire to use the education system in order to achieve a political agenda:

Well, if the government is going to build the schools, and buy the books, issue scholarships, make judgments and exert pressure, what if, one day, that pressure is of a political nature not to our liking? Education is the bulwark of freedom, but you remove it too far from the community and the parents' control and education becomes the tool of tyranny.

In 2021, Reagan’s prediction has proved true. Public colleges and universities have become indoctrination centers, meant to impose a progressive ideology on the next generation of thinkers, leaders, and voters. They’ve morphed from places of open inquiry and honest debate into assembly lines for one type of thought. Left-leaning students are radicalized, politically apathetic students are indoctrinated, and right-leaning students are ostracized.

That’s certainly the case at the University of Alabama today, where its policies require prior permission to speak in public areas and push student speech to tiny speech zones located in remote parts of campus. To speak anywhere outside the speech zones, students must request permission for their “free” speech five business days in advance. But this is blatantly unconstitutional. University officials can’t banish freedom of thought to the remote corners of campus, keeping certain ideas out of sight and out of mind.

That’s why Alliance Defending Freedom filed a lawsuit against the university.

In 2019, Alabama passed a campus free speech Act, which explicitly outlaws prior permission requirements and speech zones on public campuses in Alabama. Even though the Alabama Legislature and Governor Ivey enacted this law to protect students’ speech rights, the University of Alabama continues to unconstitutionally restrict student speech. It seems the university believes its job is to contain “spontaneous expression” by its students.

ADF has seen this before. Earlier this year, ADF attorneys successfully defended Chike Uzuegbunam’s rights at the U.S. Supreme Court after he was silenced twice by a similar policy at Georgia Gwinnett College.

Despite this recent victory, other universities are doubling down on unconstitutional regulations.

As Alexis De Tocqueville wrote in Democracy in America:

The will of man is not shattered, but softened, bent, and guided: men are seldom forced by it to act, but they are constantly restrained from acting: Such a power does not destroy, but it prevents existence; it does not tyrannize, but it compresses, enervates, extinguishes, and stupefies a people, till each nation is reduced to nothing better than a flock of timid and industrious animals, of which the government is the shepherd.

The war being waged against free speech and thought rarely announces itself. These values are attacked gradually, in unremarkable ways, so that by the time we notice that our voices are being silenced, it’s already too late.

ADF is dedicated to ensuring that doesn’t happen, and that our constitutional freedoms are defended on college campuses and beyond. With God’s blessing, we’ve secured over 400 victories against public colleges and universities nationwide.

But the fight is not over. We must stay vigilant. Because a threat to any of our freedoms is a threat to all of them. 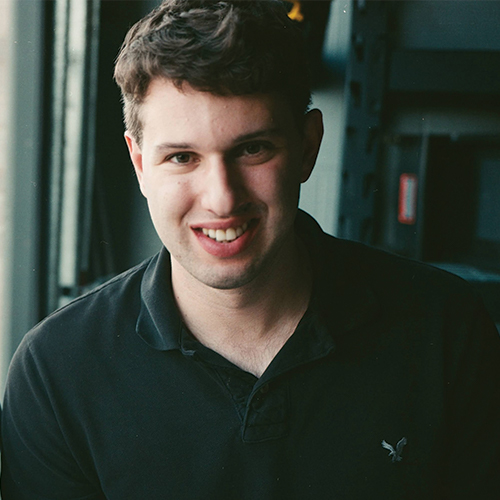 John-Henry Keenan works as a filmmaker at Alliance Defending Freedom.