Last year, memorial crosses along Interstate 15 dedicated to fallen Utah Highway Patrol troopers were taken down after the Supreme Court denied review in the Utah Highway Patrol Association v. American Atheists case.  The crosses were privately designed, financed, erected, and maintained by the Utah Highway Patrol to honor troopers who gave their lives in the line of duty, remind the public of troopers’ sacrifice, and prompt motorists to drive more safely.   Alliance Defending Freedom defended the crosses against the atheists’ attack and won in the district court.  But a panel of the Tenth Circuit, ignoring the common use of crosses in roadside memorials and clear Supreme Court precedent to the contrary, ruled that the memorial crosses—on public land—appeared to endorse Christianity and ordered their removal.  Although four Tenth Circuit judges argued that the panel erred in assuming religious symbols are banned from the public square, the full court declined a rehearing and the Supreme Court turned down the case over a strong dissent by Justice Thomas, which criticized the Court’s Establishment Clause precedent for turning federal judges into little more than constitutional art critics.

Thankfully, the story does not end there.  Private citizens concerned by the ruin of these monuments to fallen heroes and the heart-wrenching impact on their friends and families rose up and took a stand.  They refused to kowtow to the atheists’ claims of “offense” and invariable efforts to confine religious symbols to dark corners of churches and homes.  And they donated private plots of land on which to honor troopers who lost their lives while serving their fellow man.  Not only have the existing memorial crosses found homes along the interstate, often close by to their original location and expanded to better honor these brave public servants, but fifteen new crosses honoring fallen troopers have been erected in one location near Lindon Utah, creating a striking monument that overlooks Interstate 15.

What could have been a grave injustice was thus transformed into a great victory thanks to the warmth and generosity of the American people.  None of the atheists’ seeds of bitterness and division took root.  Instead, they inspired the people of Utah to come together in support of the state troopers, resulting in more prominent and inspiring monuments than had ever been seen before.  Fittingly, these memorials maintained the shape of a cross, the most widely recognized symbol of heroism, dedication, and sacrifice throughout the Earth.  Alliance Defending Freedom works tirelessly to ensure that deeply-meaningful, religious symbols are not scrubbed from the public square.  And we invite you to stand with us in preserving the public memorials that display them for generations to come. 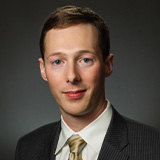 Rory Gray, Esq., serves as senior counsel with Alliance Defending Freedom, where he plays a strategic role on the Appellate Advocacy Team.

Celebrate Life at March for Life 2022

The facts on which Roe was decided have changed. It’s time the law of the land did, too. That’s why thousands are joining us to march for life.

As this year’s March for Life approaches, there is a renewed sense of optimism in the hearts of pro-life advocates across the nation.