Skip to content
Image
Update: June 21, 2022 - The U.S. Supreme Court ruled in Carson v. Makin that the state of Maine cannot exclude students who attend religious schools from a government program in which they are otherwise qualified. Read the press release here.

On December 8, 2021, the Supreme Court heard oral arguments in an important religious freedom case from Maine called Carson v. Makin. The Supreme Court will review whether a state government can discriminate against religious schools that actually practice their religion rather than merely hold to a religious “status” in name only. This ruling will have major implications for several Alliance Defending Freedom clients in similar situations in Vermont.

What is Carson v. Makin?

In Maine, 143 of its 260 school districts do not operate public high schools. In order to provide children with universal access to education, the state of Maine operates a tuition assistance program that helps pay tuition “at the public school or the approved private school of the parent’s choice.” Unfortunately, since 1980, parents have been forbidden from using this program to send their children to private schools deemed “sectarian” (i.e., religious) while the state allows them to be sent to other private schools.

This policy flies in the face of two recent Supreme Court rulings that bar discrimination against religious schools and policies that prevent parents from accessing a generally available benefit program. In 2017, ADF successfully argued in Trinity Lutheran Church of Columbia v. Comer that a private religious school could not be excluded from a generally available grant that provided funding to resurface playgrounds and make them safer for kids. Similarly, in 2020, the Court ruled in Espinoza v. Montana Department of Revenue that a state tuition tax credit program for private schools could not be denied to parents because they used it to send their children to a private religious school.

Despite these rulings, the state of Maine argued (and the U.S. Court of Appeals for the First Circuit agreed) that it can deny parents the ability to use generally available funds to send their children to private religious schools that teach from a faith perspective. In other words, if a school merely calls itself Christian, Catholic, Jewish, etc., that’s fine, but if the religious school actually does religious things like teach the tenets of their faith, that’s a step too far.

This is why ADF filed a friend-of-the-court brief on the side of the petitioners in Carson v. Makin.

Maine’s policy puts religious schools and the families who choose these schools in an unfair position. Such parents must either forgo otherwise generally available benefits and pay tuition at a religious school out-of-pocket or send their children to a school that does not meet their educational goals for their child. Religious schools, meanwhile, would have to be “religious” in name only, forcing them to abandon their religious mission to be eligible for the program.

This is religious discrimination plain and simple. Not only that, but it puts the government in the position of having to determine which schools are religious in name but not in practice—in essence, forcing them to make religious judgments. This violates both the Free Exercise and Establishment Clauses of the First Amendment.

How does Carson v. Makin relate to ADF's French cases?

Carson v. Makin presents similar legal issues to ADF’s case A.H. v. French. Similar to Maine, Vermont has a Town Tuition Program that provides a tuition benefit to parents to send their children to another public or private school in areas where there isn’t a public high school. The U.S. Court of Appeals for the Second Circuit has twice ruled in favor of our clients, but Vermont officials are poised to resume discriminating against religious schools and their families once a temporary injunction expires. Thus, the Supreme Court’s upcoming ruling in Carson v. Makin likely will have a direct impact on whether the state of Vermont is able to continue discriminating against our clients.

In January 2021, ADF beat Vermont in A.M. v. French and, in February 2022, filed another lawsuit (E.W. v. French). These other cases also deal with discrimination against religious schools, parents, and students in educational funding. The Carson decision may greatly affect these and similar cases.

What could this decision mean for religious freedom?

A win in Carson v. Makin would protect religious freedom and the First Amendment and give ADF an even stronger position in our A.H. v. French and E.W. v. French cases.

A loss in Carson v. Makin would put parents and religious schools in an unfortunate position of having to either refuse otherwise generally available public benefits, which would impose a substantial financial burden on families, or compromise their religious beliefs about their child’s education. Such a choice should not be imposed on these parents and schools. Families should be able to send their children to the school that’s the best fit for them, without fearing that they will lose access to their benefits. 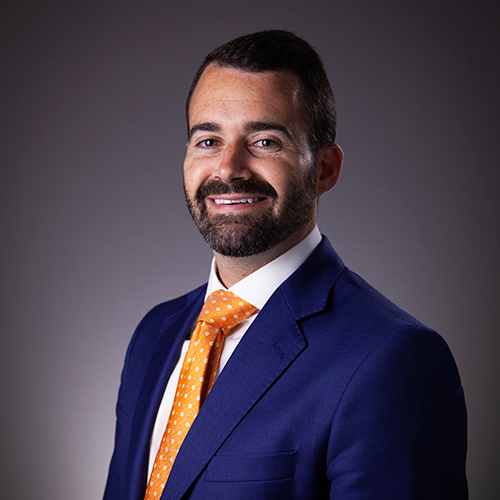 Paul Schmitt
Legal Counsel
Paul Schmitt serves as legal counsel with Alliance Defending Freedom, where he is a member of the Center for Christian Ministries.
View Profile