Renowned pro-life advocate Sue Thayer has passed away. She succumbed to a rare form of cancer right before Christmas. Our movement has lost a strong, passionate voice for unborn babies and their mothers.

Sue was known as a former Planned Parenthood director who decided she could no longer help the nation’s largest abortion organization mislead expectant mothers to believe the tragedy of abortion is better than the challenges of young motherhood. After resigning, Sue had the courage to expose Planned Parenthood’s seedy tactics of manipulating expectant moms to choose abortion. Her clinic and others like it actually had abortion quotas they had to meet. There were even employee incentives if they met their abortion goals—everything from extra PTO to a pizza party. You can listen to Sue describe this shady practice in her own words.

I had the privilege of getting to know Sue not just as a persuasive public speaker, but as an ADF client willing to invest her time and effort to hold Planned Parenthood legally accountable for some of the dubious practices she witnessed as a 17-year employee. Unfortunately, we didn’t win that lawsuit. And that’s very disappointing for me personally. It’s a privilege to represent clients like Sue who trust us to help them stand for what is right, often at the risk of losing their own reputation in this cancel-happy world. So I take it hard when we can’t get them a win.

But the opportunity to get to know Sue through that case took the sting out of that loss. As her attorney, I accompanied Sue to several speaking opportunities across the country and heard her heart while sitting backstage or breaking for lunch. She carried joy and exuded peace wherever she went. Her easygoing, sincere manner was the same on stage and off. That quiet conviction may not have wowed audiences like a TED Talk motivational speaker, but it was incredibly persuasive.

Listening to Sue talk about standing against the evils of the abortion industry in her calm, matter-of-fact way was deeply inspiring. It was like having a conversation with your mother over a sandwich and coffee.

One time I was with her at a studio doing a series of recordings on the deception and manipulation she saw—and to her chagrin, helped perpetrate—as the director of the Planned Parenthood in Storm Lake, Iowa. She was telling the story of the time her center obtained a new ultrasound machine as part of Planned Parenthood’s “webcam” chemical abortion program. It pioneered this method because so few doctors are willing to do abortions. Physicians understand that an unborn baby is not just a blob of tissue—despite abortionists’ assurances otherwise. Even at 10 weeks, modern-day ultrasounds prove the child looks and is human—she just needs time to mature and grow.

Because Planned Parenthood doesn’t want mothers to know this reality, it instructs technicians to keep the ultrasound screen turned away from the patient. They never show it to her. So Sue advised the man delivering the new machine that she didn’t need to be trained on how to print a picture of the ultrasound. They would never give that to the mother because it might convince her not to have an abortion.

Sue’s calm, unvarnished telling of the story left no doubt that it was completely true. She didn’t need to embellish the facts. And that’s why Sue was such a successful pro-life advocate. Her integrity and conviction made her compelling. And I believe there are people alive today because Sue’s conviction convinced their mothers they could carry that baby—even though the circumstances weren’t ideal. Whether they chose to parent or allowed that child to be adopted by the thousands of couples waiting in line for newborns, those women decided not to fall for the Planned Parenthood line that killing their baby is the only real option.

Thank you for your quiet conviction and fearless advocacy, Sue. I and millions of other pro-lifers miss you. 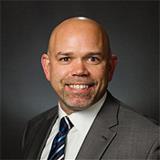