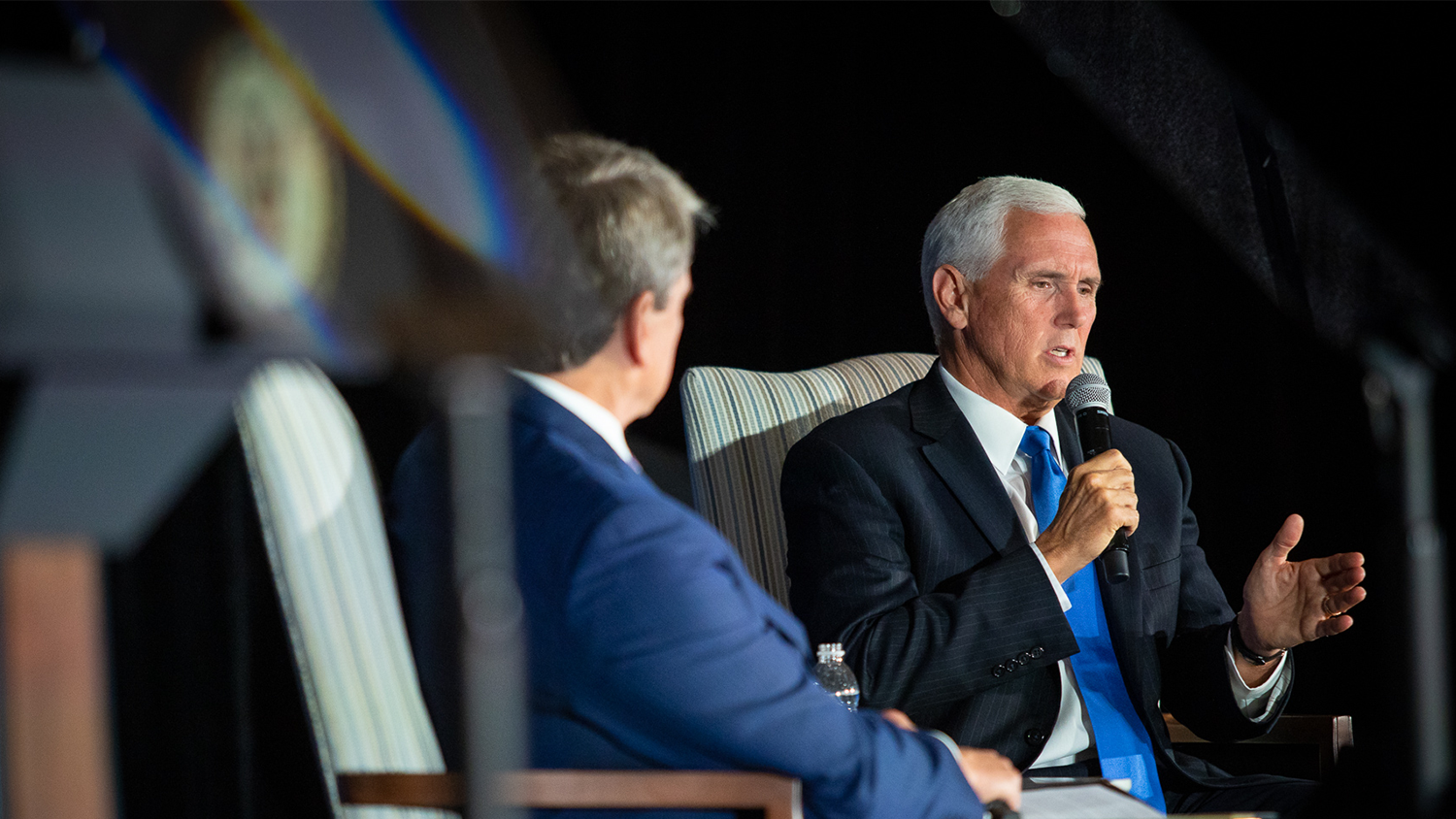 Last week, U.S. Vice President Mike Pence visited an Alliance Defending Freedom event and spoke with ADF President, CEO, and General Counsel Michael Farris. They discussed religious liberty, the right to life, and more. Plus, a federal court protects a county seal that includes an image of a cross, a father of a teenager with rapid-onset gender dysphoria pleads for other parents to speak out, and two experts on pro-life and disability causes warn of the discriminatory method of aborting babies with disabilities. All of this from the Alliance Alert team.

The White House: Remarks by Vice President Pence in Fireside Chat with Mike Farris of the Alliance Defending Freedom

Last week, U.S. Vice President Mike Pence sat down with Alliance Defending Freedom President, CEO, and General Counsel Michael Farris to discuss many issues that Americans are facing today. Vice President Pence shared his thoughts on protecting the right to life, protecting religious liberty, and responding to critics who oppose those ideas. Through it all, he reiterated the administration's commitment to working to maintain our Constitutional liberties and affirmed the centrality of his faith and marriage to his public service. You can read the entire transcript of the fireside chat at the link below.

A county seal in Pennsylvania that includes a cross does not violate the Constitution’s Establishment Clause, the U.S. Court of Appeals for the 3rd Circuit ruled Aug 8. Relying on the U.S. Supreme Court’s Bladenburg Cross ruling earlier this summer, the court’s unanimous decision keeps in place Lehigh County's seal based on its historical significance. In place for 75 years, the seal celebrates the county’s history of Christian settlers.

USA Today: My daughter thinks she's transgender. Her public school undermined my efforts to help her.

In the pages of USA Today, a father writes in heart-wrenching detail about his teenage daughter’s sudden transition to living as a boy. Aided by high school administrators, school-approved psychologists and more, the father—Jay Keck—writes that his teenage daughter had shown no signs of gender dysphoria, but was diagnosed on the autism spectrum. Even though school officials knew about her autism and they pretended to listen to her parents’ concerns, they secretly guided the girl toward gender transition. Keck pleads with parents, school officials, and community members to refuse to be cowed into silence as kids are rushed into life and body-altering decisions.

As prenatal technology advances, some seek to use it for harm. Lila Rose of Live Action and Daniel Gade, a former member of the National Council on Disability, co-author this article explaining how laws that allow abortion based on disability blatantly discriminate against disabled people. Despite the great gains to ensure access for disabled people in housing and employment, even the most minimal legal protections for disabled people in the womb are woefully lacking. The authors look at a recent Supreme Court decision that upheld an Indiana law that prohibits abortion based on disability and say that we can do better as a nation.