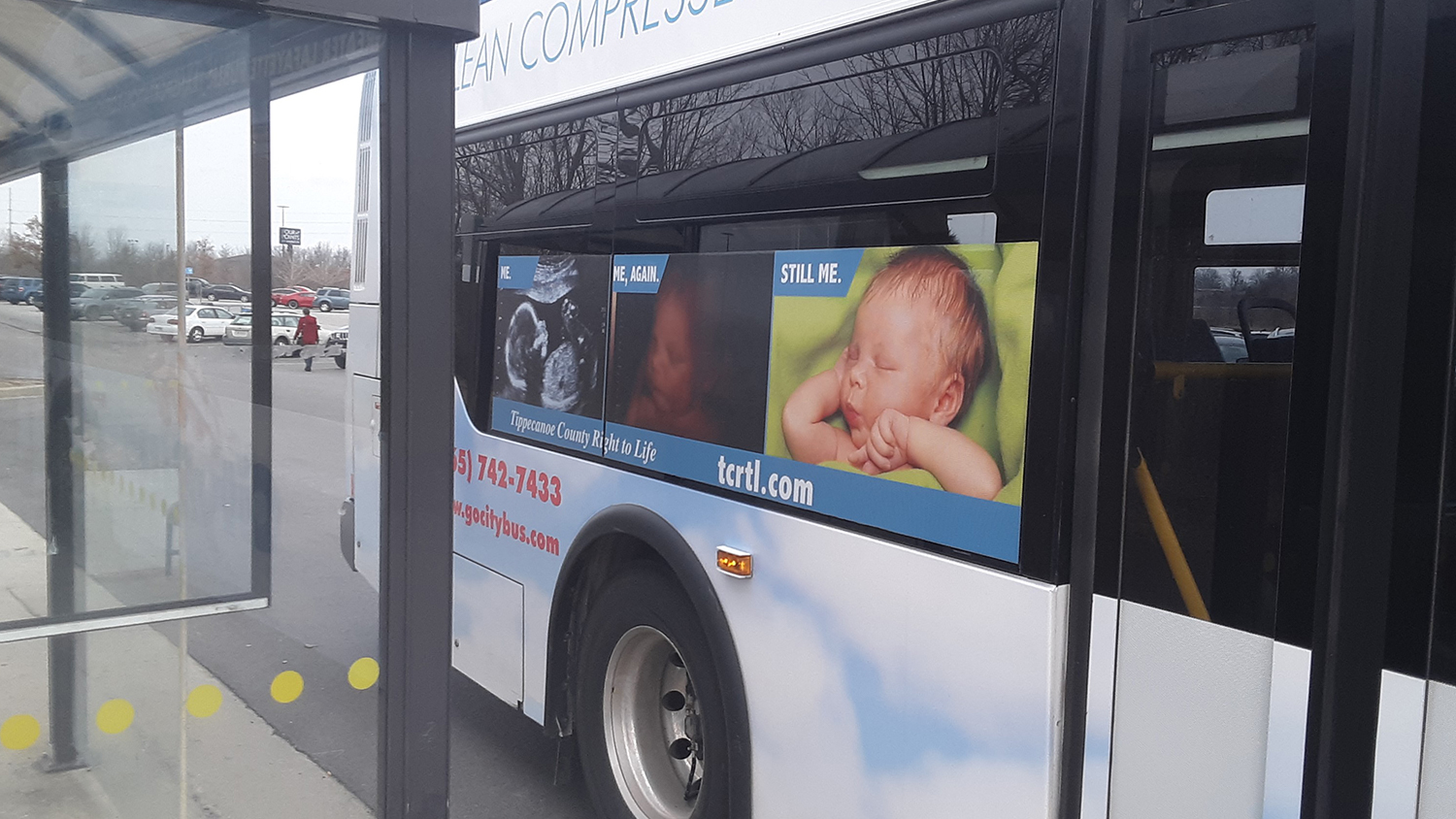 It seems attempts (both successful and not) to pass laws allowing late-term abortions are popping up everywhere, like New York, Virginia, and now Illinois.

Politicians are pushing these extreme policies even though a Gallup poll from just this past summer shows that the vast majority of Americans oppose late-term abortions. In fact, only about one in ten (13%) think third-trimester abortions should be generally allowed. So it seems that pro-life sentiments are being completely ignored in certain places.

And not just ignored, but in many cases, silenced outright.

Thankfully, we’ve seen victory in many of these cases. We’ve also seen that when free speech is preserved, pro-life advocacy is advanced. After all, if we cannot speak freely, we cannot advocate for life. But if we fight for our right to free speech, we can advance the pro-life message even further.

Just this week, one pro-life group in Indiana has proven just that.

Originally, Tippecanoe County Right to Life (TCRTL) was denied advertising space with CityBus, the government-run, public transportation service in Lafayette, Indiana. TCRTL was seeking to place an ad on the sides of CityBus buses that speaks a simple, but scientific, truth – educating the public about the humanity of unborn children.

Soon after TCRTL sent the ad to CityBus, however, CityBus refused the ad, saying it expressed a “political viewpoint” in violation of its advertising policy.

But the biological fact that a baby in the womb is the same baby after birth is just that – a biological fact – not a debatable political statement. TCRTL knew its free-speech rights were being violated, so it reached out to ADF, and we filed a lawsuit on its behalf.

Because TCRTL took a stand for its constitutional rights, this ad will now run on buses around Lafayette, Indiana – proclaiming the precious humanity of unborn children to college students, shoppers, and commuters, some of whom may face unplanned pregnancies and consider abortion.

This week, after months of litigation, the lawsuit settled. CityBus has now contracted with TCRTL for this powerful ad to run for up to 16 months, has removed the language from its advertising policy that it originally used to deny the ad, and will pay certain attorneys’ fees and damages.

Because of TCRTL’s stand for free speech, it can now proclaim its critical message all the more boldly.

And now, that message will be seen across the city – changing hearts and minds about abortion. And that transformation can save lives!