How This Church Walks with Couples Experiencing Infertility 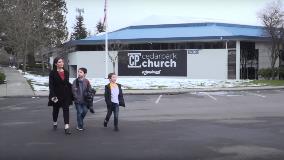 Cedar Park Assembly of God in Washington doesn’t just talk about its pro-life beliefs—it puts those beliefs into action.

The church has various pro-life ministries: partnering with foster care and adoption agencies, supporting a local pregnancy center, and even co-founded an adoption agency for frozen embryos remaining after in vitro fertilization.

Cedar Park also makes it a point to walk alongside couples through a particularly painful struggle that is often overlooked in our society: infertility.

Married couples who have difficulty conceiving often feel like they are alone in their struggle. That’s why Cedar Park has hosted a special prayer service for couples struggling with infertility called “Presentation Sunday” for over 30 years.

This prayer service is meant not only to help these couples realize that they are not alone, but also to ask God for a miracle. “During this special service we take time to share the testimonies of miracles that have taken place, the joys and sorrows along the way, and end with a prayer at the altars for all those asking for a miracle,” says a post on the church’s Facebook page.

Presentation Sunday has been so successful that the local newspaper has taken notice, sharing the stories of a few couples whose prayers were answered after participating in the service.

These are powerful stories. But can you imagine if, while hosting these services to pray for couples to conceive, Cedar Park was also being forced to pay for abortions? This would force it to directly contradict its beliefs and mission!

Yet that is exactly what the government is trying to force Cedar Park to do. Washington state passed a law that requires churches, including Cedar Park, to pay for abortions in their healthcare plans.

That’s why Alliance Defending Freedom filed a lawsuit on behalf of Cedar Park. No church should be forced to pay for abortions. And certainly not a church that’s dedicated to protecting and celebrating life.

Cedar Park’s work is a beautiful testimony to its beliefs. And it is clear that God has been working through this church to defend and celebrate the gift of life.

And that is something the government has no right to interfere with.