Dr. Dovid Schwartz has been a counselor for over 40 years.

During that time, he’s walked with patients through various struggles, from addiction to family issues. By simply having a conversation with his patients—and offering some suggestions—a number of them have pursued and achieved their personal goals.

Dr. Schwartz never expected the government to step in and tell him what conversations were off limits with his adult patients. But that is exactly what he faced in New York City.

That’s why Dr. Schwartz found himself involved in a lawsuit against his local government. And, thankfully, that stand ultimately paid off.

Here’s a closer look at this courageous client and his case.

Dr. Schwartz views his faith and work as intertwined.

He was raised in a secular Jewish home but embraced the Orthodox Jewish faith as a young man. He now lives in an Orthodox Jewish neighborhood in New York City, where he has a private practice. 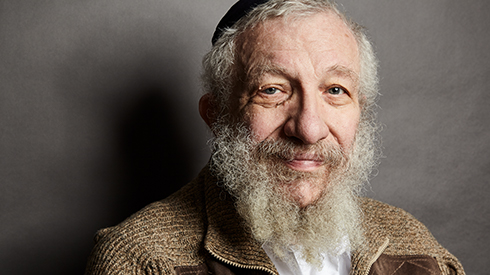 Many of the patients who come to Dr. Schwartz share his religious beliefs and convictions, and they value the fact that he understands and respects their personal goals that may be guided by their religious beliefs.

As a psychotherapist, Dr. Schwartz simply listens to his patients, talks with them, and sometimes makes suggestions which they can embrace or ignore.

It’s a profession built on trust. His patients come to confide deeply personal things—sometimes things they have not even admitted out loud to themselves. And they expect those discussions to remain private. That trust is important for their progress and healing.

But the government attempted to pry into those conversations—threatening Dr. Schwartz’s ability to help and his patients’ desire to seek help at all.

In 2018, New York City adopted an ordinance that censors what therapists can say as they work with their patients.

There were two major problems with this ordinance:

Dr. Schwartz regularly serves patients who want his help changing or overcoming same-sex attraction. Because many of Dr. Schwartz’s clients share his faith, they often desire to develop opposite-sex attraction so they can marry, form a natural family, and live consistently with their Orthodox Jewish beliefs.

Dr. Schwartz didn’t feel he could stand by and tell his patients that he cannot help them—that there is no hope. So, he decided to challenge this unconstitutional ordinance in court.

Alliance Defending Freedom filed a lawsuit on Dr. Schwartz’s behalf in January 2019. In response to the lawsuit, the city repealed its counseling censorship law and, in September 2019, voted to repeal the counseling ban. In July 2020, the city of New York agreed to pay $100,000 in attorneys’ fees and nominal damages. In light of the repeal and the settlement, ADF dismissed the lawsuit on Dr. Schwartz’s behalf.

Dr. Schwartz is a member of the Lubavitcher Orthodox Jewish Community in Brooklyn, and he challenged a New York City ordinance.

Why: To protect the free speech of counselors and preserve options for patients.

On top of that, the government has no business telling people what personal goals they can or can’t pursue. If a man wants to marry a woman and have a family, that’s his choice. The government cannot keep him from pursuing that goal simply because it disagrees.

All Americans, secular and religious, deserve the right to hold private conversations with the trusted counselors they choose, free from government censorship.