After much rumbling by beltway pundits and fervent debate among everyday Americans, President Donald J. Trump has nominated Judge Brett Kavanaugh to fill the current opening on the United States Supreme Court. While ADF does not take a position on the merits of Supreme Court nominees, here is a quick rundown about Judge Kavanaugh.

He then took a one-year fellowship with U.S. Solicitor General Kenneth Starr, following that by clerking for Justice Anthony Kennedy. Upon completing that clerkship, he joined the Office of the Independent Counsel, which at the time was investigating grounds for impeaching then-President Bill Clinton.

That government service was followed by a partnership at the law firm of Kirkland & Ellis, where he focused on appellate advocacy. Upon the election of George W. Bush to the presidency, he began a five year stint in the White House as counsel to the president and later, as staff secretary to the president.

Judge Kavanaugh was initially nominated to the Court of Appeals for the District of Columbia Circuit by President George W. Bush in 2003, but political maneuvering stalled his nomination for three years. He was eventually confirmed by the Senate in May 2006 by a vote of 57-36. He took the bench in September 2006.

The District of Columbia Circuit caseload is often dominated by litigation involving federal agency powers, but Judge Kavanaugh has ruled in some cases falling within ADF issue areas of religious liberty, the sanctity of life, and marriage and family.

One of those cases, Priests for Life v. U.S. Department of Health & Human Services, was among the many filed against the Obamacare abortion pill mandate which required many pro-life organizations, both for- and non-profit, religious and non-religious, to use their healthcare plans to deliver contraceptives and abortifacient drugs to their employees. As Judge Kavanaugh noted, “Many prominent religious organizations around the country—including the plaintiffs in this case—have bitterly objected to this scheme. They complain that submitting the required form contravenes their religious beliefs because doing so, in their view, makes them complicit in providing coverage for contraceptives, including some that they believe operate as abortifacients.”

Although the case’s history is complicated, when a panel of the D.C. Circuit ruled against the religious nonprofits, they sought rehearing by the entire court but were denied that second chance to make their case. Yet Judge Kavanaugh dissented from that denial, pointing out that under the Supreme Court’s decision in Burwell v. Hobby Lobby Stores, it is the religious believer, not the government regulator, who decides the ethical question of complicity with wrongdoing. In this case, the issue was signing a form which activated the government abortion pill delivery scheme. As Judge Kavanaugh put it, when “the Government requires someone (under threat of incurring monetary sanctions or punishment, or of having a benefit denied) to act or to refrain from acting in violation of his or her sincere religious beliefs, that constitutes a substantial burden on the exercise of religion.  . . . That is precisely what happened here.”

In Newdow v. Roberts, an atheist claimed that prayers held during the presidential inauguration and adding “So help me God” to the presidential oath of office violated the Establishment Clause. The D.C. Circuit panel rejected the claim as to past inaugurations because there was no longer any live issue, and because the plaintiff could not show a concrete injury which the court might redress in respect to future inaugurations. Judge Kavanaugh disagreed, saying that the plaintiff did have standing to challenge the prayers and oath, but would have rejected the claim on its merits based on longstanding and widespread use of “so help me God” in official oaths, and the Supreme Court’s approval of legislative prayers in the Marsh v. Chambers case.

Judge Kavanaugh has also addressed a legal doctrine that often intersects with ADF cases, which is how much a court will defer to a federal agency’s interpretation of the law. In theory, this becomes an issue only when a statute is ambiguous, and the technical expertise of the agency is helpful in finding the correct reading of the statute. In practice, ambiguity is often found where it doesn’t reasonably exist—such as the Court of Appeals for the Fourth Circuit finding that “sex” was ambiguous in Title IX. That led it to accept the Obama Administration’s claim that sex “included” gender identity in the Gavin Grimm v. Gloucester County School Board case, which effectively eliminated sex-separated bathrooms in that school district.

He laid out his position about finding statutes to be “ambiguous” in a case involving net neutrality, where the Federal Communications Commission, in his view, had exercised agency power absent clear Congressional authority. Quoting Justice Scalia, Judge Kavanaugh said, “We expect Congress to speak clearly if it wishes to assign to an agency decisions of vast ‘economic and political significance.’”

Should the Senate confirm Judge Kavanaugh’s nomination, he’ll undoubtedly have future opportunities to hear ADF cases bearing on religious freedom, the sanctity of life, and marriage and the family, and we hope that he holds closely to the textual reading of statutes and the Constitution for which he has advocated. 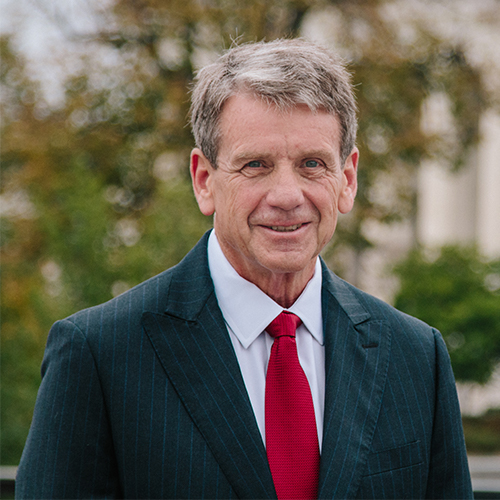 Michael P. Farris, CEO of Alliance Defending Freedom, brings to the role a diverse background as an effective litigator, educator, and public advocate.

The Biden administration’s weaponization of regulatory agencies like OSHA is a breathtaking overreach that every American should resist.