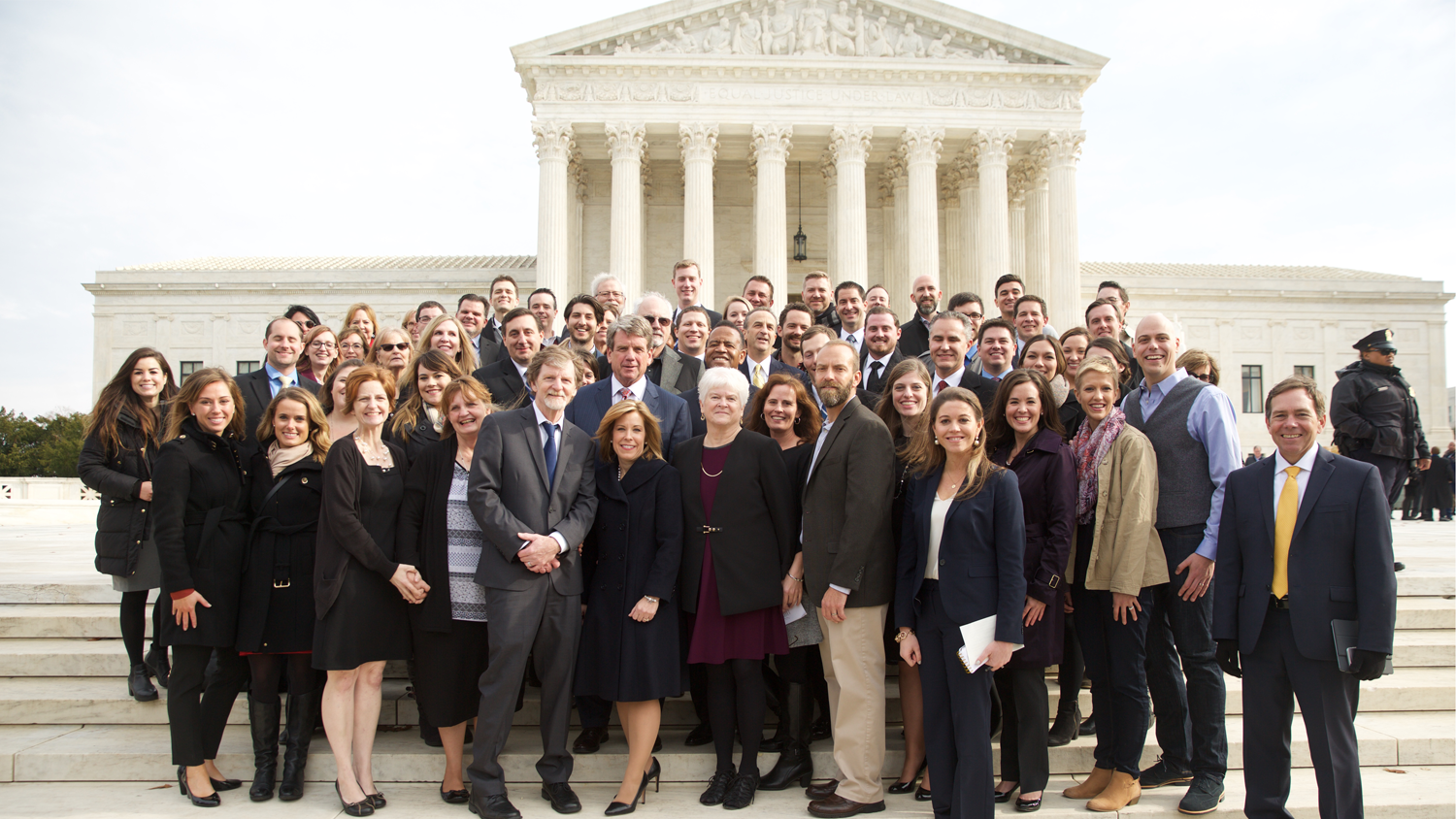 A quarter of a century… that’s how long Alliance Defending Freedom has existed.

What began as an organization with just one employee has since grown into an international organization on the frontlines of defending religious liberty, the sanctity of life, and marriage and family.

As someone who’s been blessed to work here for almost five years, I can’t help but reflect on what these 25 years have meant. ADF was founded by dozens of major ministry leaders to defend the freedom of all Americans to live and work consistently with their deeply held beliefs. Some said we were too late. Others said it was too big of a calling.

But for 25 years, ADF has remained committed to defending and protecting our God-given freedom enshrined in the Constitution.

With God’s blessing and the support of people like you, ADF has built a track record as an influential and effective Christian legal organization in the U.S. and across the world. Since 2011, we’ve won nine victories at the U.S. Supreme Court.

As ADF Founder Alan Sears put it: “From a one-person shop with meager funding came a ministry that stands today as a major advocate for life, liberty, conscience, and family across the globe. John 15:5. Only God could do this.”

Watch below to see what God has accomplished in these 25 years.


When ADF was founded 25 years ago, religious freedom was under attack. Those attacks have not stopped. They will only continue. That’s why ADF remains committed to securing victories for religious freedom for generations to come.

“At ADF there are opportunities for real, generational victories,” said President, CEO and General Counsel Michael Farris. “And if we stand up, speak up, and show up, I believe that we can keep the doors open for the gospel today.”

God has enabled ADF to stand up, speak up, and show up for religious freedom for the past 25 years. And He has done abundantly more than we ever imagined.

We look forward to what He will do in the next 25. And we are grateful for the vital role you’ve played in the defense of religious freedom, the sanctity of life, and marriage and family.

Female athletes across the country continue to face situations where they are forced to compete against male athletes without a fair chance of success.

Due to the tides of gender ideology, women are finding themselves in a state of competitive disadvantage.