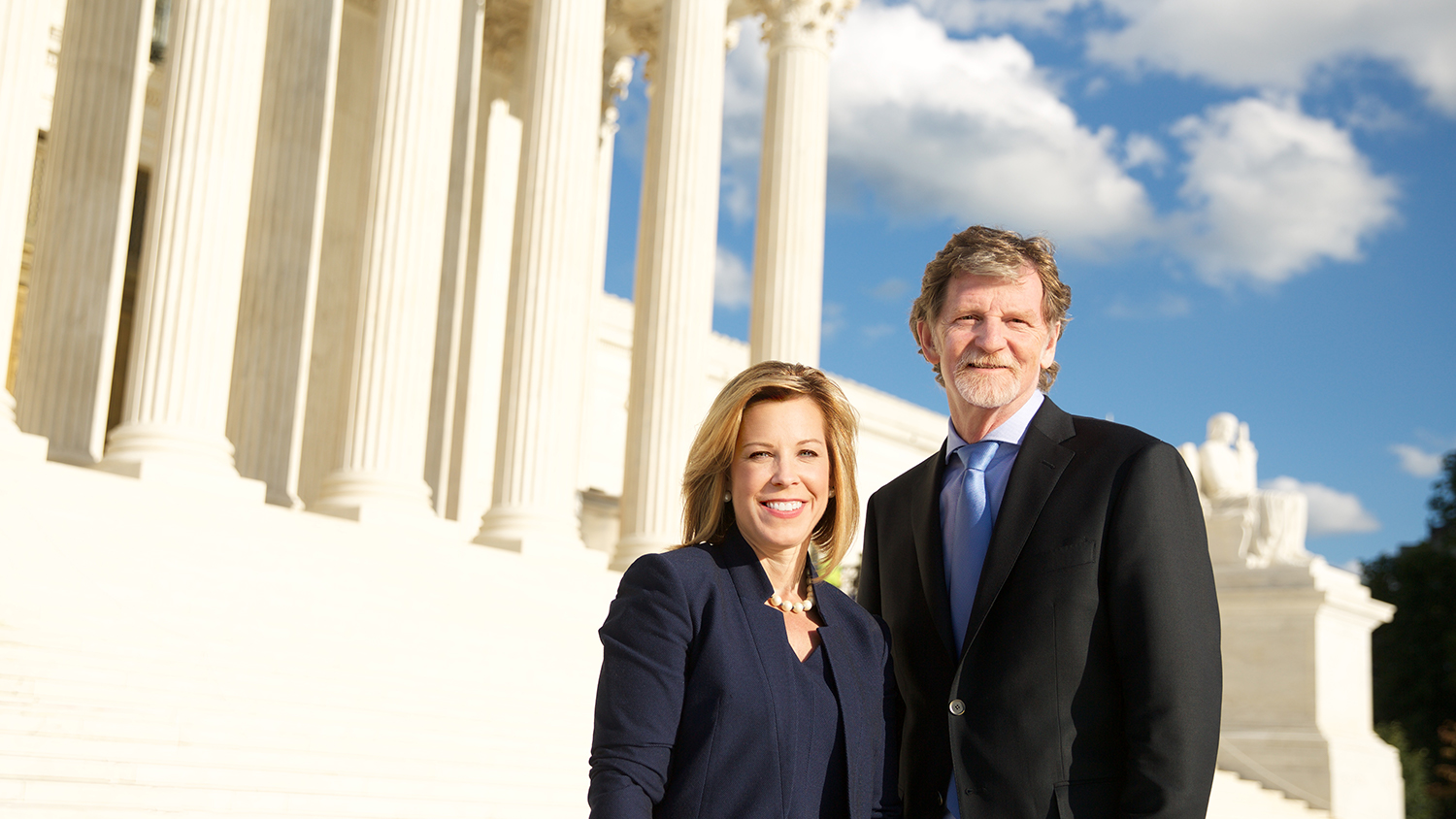 As we reflect on 2018, we here at Alliance Defending Freedom (ADF) are overwhelmed with gratitude for you, our Ministry Friends. Here are just a few victories from the past year that would not have been possible without your prayers and support.


1. The Supreme Court Ruled in Favor of Jack Phillips of Masterpiece Cakeshop

After nearly six years of litigation, the U.S. Supreme Court ruled 7-2 in favor of Colorado cake artist Jack Phillips, who declined to design a custom wedding cake celebrating a same-sex marriage. The Supreme Court found that Colorado acted with impermissible anti-religious hostility when it punished Jack for running his business consistent with his faith. In light of this decision, the Supreme Court also sent floral artist Barronelle Stutzman’s case back to the Washington Supreme Court for reconsideration.


2. The Supreme Court Ruled in Favor of Pro-Life Pregnancy Centers in California

The U.S. Supreme Court ruled 5-4 in favor of free speech, striking down a California law that forced pro-life pregnancy centers to advertise for abortion. In October, a federal district court ordered a permanent end to the enforcement of this law. And a Hawaii district court struck down a similar law following this Supreme Court decision.

In 2017, the Supreme Court ruled that the State of Missouri could not exclude Trinity Lutheran Church’s preschool from participating in a grant program to resurface its playground simply because it is religious. This decision recognized that the government cannot treat religious people and organizations worse than everyone else. In October of this year, Trinity Lutheran finally got its new playground surface.


4. The City of Atlanta Agreed to Pay Chief Cochran a $1.2 Million Settlement

In December 2017, a federal district court struck down a City of Atlanta policy that required government employees to receive permission before engaging in free speech outside of their jobs. This is the policy the city used to justify firing former Atlanta Fire Chief Kelvin Cochran. In October 2018, the City of Atlanta agreed to pay $1.2 million in a settlement, recognizing that Chief Cochran had suffered unconstitutional harm.


5. The ADF Center for Academic Freedom Defended the Rights of 323,935 College Students

In the last year alone, the ADF Center for Academic Freedom (CAF) has litigated federal lawsuits against over a dozen colleges and universities. CAF attorneys have earned an almost 90 percent success rate in challenging violations of students' First Amendment rights. As a result, Ball State University, Kellogg Community College, Kennesaw State University, and Miami University of Ohio – Hamilton have all changed their policies to respect the First Amendment rights of their students.

ADF secured the right of 16 religious schools and organizations not to be forced to provide abortion-inducing drugs and contraceptives against their religious beliefs under the Obamacare abortion pill mandate. This included six religious organizations; a Florida law school; Christian colleges in Pennsylvania, Iowa and Michigan, and Indiana and California; and four Oklahoma Christian universities.

We know that “without Christ, we can do nothing” (John 15:5). And we have seen God work in bigger ways than we could have ever imagined. Just look at the testimonies of our clients such as Jack Phillips, Heidi Matzke, Blaine Adamson, and Kelvin Cochran – who have all seen firsthand how God used their cases for His glory.

Jack summed it up best: “[We] have been blessed to see countless other Christians, who’ve watched the effect of this case on our lives, stand up boldly and with greater confidence. Some weren’t standing up at all, and now they are firm in God’s teachings. That’s deeply encouraging to us, and I think it is one of the most beautiful things that could happen to anyone in a similar situation – to know that other people will be encouraged and, in turn, will encourage others. That really has made all of this worthwhile.”

Ultimately, that’s what you are a part of when you give to ADF, and we are so thankful for your prayers and support that make it all possible.

God bless you in the New Year!