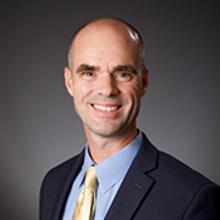 Since joining ADF in 2017, Kaselonis has focused his practice on representing churches, religious ministries, and Christian schools to ensure their freedoms are protected under the First Amendment. In At the Cross Fellowship Baptist Church v. City of Monroe, for example, he led the way to securing a win for a church in a religious land use dispute.

Kaselonis began his legal career in the Office of the Law Revision Counsel of the U.S. House of Representatives, where he served as lead classification attorney for the United States Code. In 2014, he was called into full-time ministry and became an associate pastor at Applegate Christian Fellowship in Oregon. It was his time in vocational ministry that opened his eyes to the vast legal needs of religious ministries in general and the church in particular.

Kaselonis is admitted to practice law in Arizona, Oregon, Maryland, and before the U.S. Supreme Court.