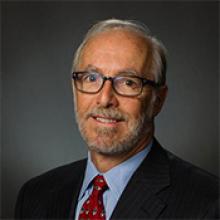 Since joining ADF in 2003, Infranco has worked with hundreds of allies and allied organizations across the nation to defend religious freedom. He currently works with thousands of attorneys nationally, including many trained through the ADF Legal Academy. He also oversees the development of strategic projects.

A Martindale-Hubbell AV Preeminent® attorney, Infranco fought to preserve the equal access freedoms of churches in prominent cases like Bronx Household of Faith v. Board of Education of the City of New York. He also participated as counsel on many important First Amendment cases such as Lambs Chapel v. Center Moriches School District, in which the U.S. Supreme Court ruled that churches have the right to rent public schools for events.

While in private practice, Infranco represented hundreds of churches and ministries on a wide variety of issues. A sought-after lecturer and debater who frequently presents at bar association functions, he has also testified on religious freedom issues before Congress, the U.S. Commission on Civil Rights, and numerous state and local legislative bodies.

Infranco earned his Juris Doctor in 1977 from the University of New Hampshire Law School. A member of the state bars of New York and Arizona, he is also admitted to practice before multiple federal district and appellate courts, including the U.S. Supreme Court and the U.S. Tax Court.