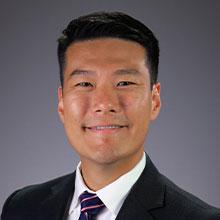 Frank Chang serves as legal counsel at Alliance Defending Freedom and plays a key role on the Center for Christian Ministries team. Before joining ADF, Chang was a litigation associate at Wiley Rein LLP, where he focused on trial and appellate litigation for high-impact commercial cases with national security implications, as well as complex matters involving election law, constitutional law, and administrative law. Chang has represented various clients in federal court, including as the lead counsel arguing before a federal court of appeals.

Prior to entering private practice, Chang clerked for Judge Jennifer Walker Elrod of the U.S. Court of Appeals for the Fifth Circuit and for Judge Henry F. Floyd of the U.S. Court of Appeals for the Fourth Circuit. In the past, he also served as a law clerk to Senator Ted Cruz on the Senate Committee on the Judiciary during a U.S. Supreme Court confirmation, worked as a summer associate at Hogan Lovells, and interned for the West Virginia Solicitor General. He is a 2015 Blackstone Fellow. His publications appear in the George Washington Law Review.

Chang earned his B.A. from Pennsylvania State University and his J.D. from the George Washington University Law School. He has proudly served in the Army National Guard for over 10 years and currently holds the rank of Captain.

Chang is admitted to practice in Pennsylvania and the District of Columbia as well as various federal courts.